House values in Sydney and Melbourne jumped by 1.9 per cent in September as other capital city property markets struggled to gain traction on the back of the Reserve Bank's cuts in official interest rates.

House values in Sydney and Melbourne jumped by 1.9 per cent in September as other capital city property markets struggled to gain traction on the back of the Reserve Bank’s cuts in official interest rates.

Ahead of Tuesday’s RBA board meeting, at which rates are tipped to be sliced to 0.75 per cent, CoreLogic reported the nation’s two largest property markets had outstripped the rest of the country.

Over the past three months, Sydney house values have lifted by 3.6 per cent although they are still down by 0.9 per cent so far this year.

Unit values in both cities also improved, up by 1.4 per cent in Melbourne and by 1.1 per cent in Sydney. 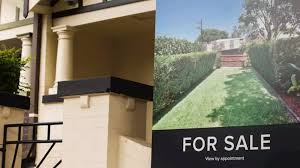 Sydney and Melbourne median house values lifted by 1.9 per cent in September on the back of the RBA’s recent cuts in interest rates.CREDIT:HENRY ZWARTZ

Nationally, housing values lifted by 0.9 per cent, the largest monthly gain since March 2017, due largely to Sydney and Melbourne.

CoreLogic’s head of research Tim Lawless said the Victorian and NSW markets were being pushed along by key economic factors.

“While all regions are benefiting from low mortgage rates and improved access to capital, economic and demographic conditions in NSW and Victoria continue to outperform most areas of the country,” he said. 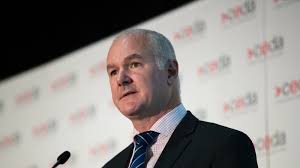 CoreLogic’s Tim Lawless says there could be another round of FOMO (fear of missing out) in the Sydney and Melbourne property markets.CREDIT:JANIE BARRETT

Mr Lawless said the two capital city markets were also being pushed up by investor activity.

The only other capital growing close to the speed of Sydney and Melbourne is in Canberra where house values lifted by 1 per cent in September. The nation’s capital is up by 1.9 per cent over the quarter and by 1.4 per cent so far this year.Brisbane house values increased by 0.2 per cent last month, to be 0.4 per cent up over the quarter. Elsewhere, values fell in Adelaide (by 0.1 per cent), Hobart (by 0.5 per cent), Darwin (by 0.6 per cent) and Perth (by 0.9 per cent).

Through the year so far, Darwin is the worst performed market with house values down by 9.8 per cent while in Perth they have tumbled by 6.7 per cent.

Mr Lawless said with auction clearance rates remaining above 70 per cent, prices were likely to continue climbing in Sydney and Melbourne.

But the number of properties on the market across all capital cities is 10 per cent lower than a year ago. Fresh listings are 15 per cent down.

“As buyer activity rises, the lack of available stock could see a renewed sense of FOMO (fear of missing out) supporting further price growth,” he said.

Granny Flats Have Potential to Shake Up the Housing Market

Happy overseas client leases property within ONE DAY of Listing!!