Residents of Melbourne's partially completed super-skyscraper Australia 108 have expressed concerns over the structural integrity of the building, claiming to have experienced loud cracking sounds among a number of other defects. 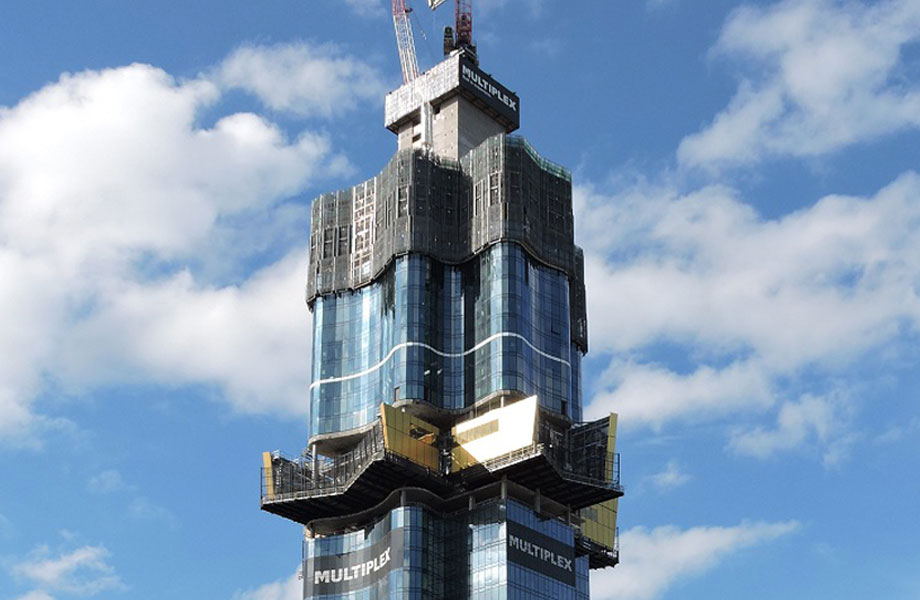 Residents of Melbourne’s partially completed super-skyscraper Australia 108 have expressed concerns over the structural integrity of the building, claiming to have experienced loud cracking sounds among a number of other defects.

The 319-metre residential tower, set to be the tallest residential building in the southern hemisphere, has been developed by Singapore-based property group World Class Global — a subsidiary of Singapore’s diversified Aspial Corporation, and is being constructed by Multiplex.

Although still under construction, Australia 108 has been partially occupied since the second half of last year, through multiple staged handovers.

Once complete, the tower located on the corner of City Road and Southbank Boulevard in Southbank will house over 1,100 apartments and eclipse Eureka Tower as Melbourne’s tallest tower.

Last month, in its annual report World Class Global said its 101-storey Australia 108 project was “ahead of schedule”, with close to three-quarters of the building finished and scheduled for completion by 2020. The developer also said it had sold 88 per cent of the building’s apartments.

According to The New Daily, new residents of the super-structure have lodged a number of complaints to building management about loud cracking sounds during high winds, as well as power outages. 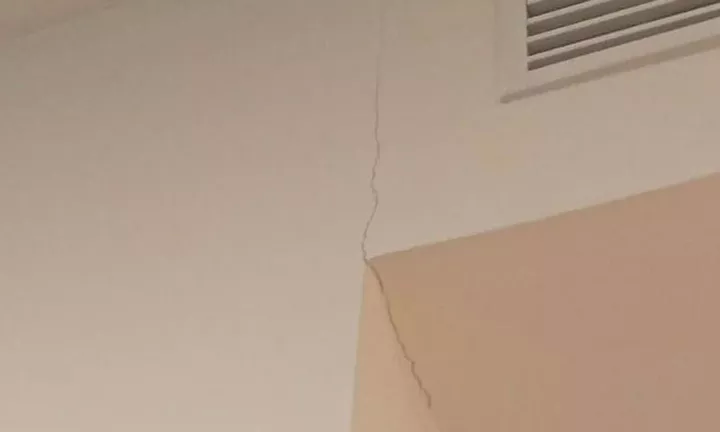 ▲ Residents began moving into the tower in mid-2018 and have since complained to building management about noise, defects, power outages and lift failures. Image: The Age

The revelations come after the high-profile evacuations of Sydney Olympic Park’s Opal Tower and Mascot Towers on Bourke Street, which has led to heightened scrutiny in construction standards.

Construction commenced on the Southbank Boulevard site in late 2015. Heavy machinery drilled down a massive 46 metres, with the foundation works taking nine months to complete.

Supporting the building are core walls almost two metres thick, and covering its facade are glass panels each weighing up to 300 kilograms.

In a statement, builder Multiplex denied any structural issues with Australia 108 and said the building was still under construction so “slight movement” was to be anticipated in extreme winds and would be mitigated by the installation of damper tanks later this year.

“We appreciate that in the current climate residents will be concerned about any reports of defects.

“We can assure residents there is categorically no risk to the safety of any occupant nor the structural integrity of Australia 108.

“Australia 108 has been constructed in accordance with all relevant Australian codes.” 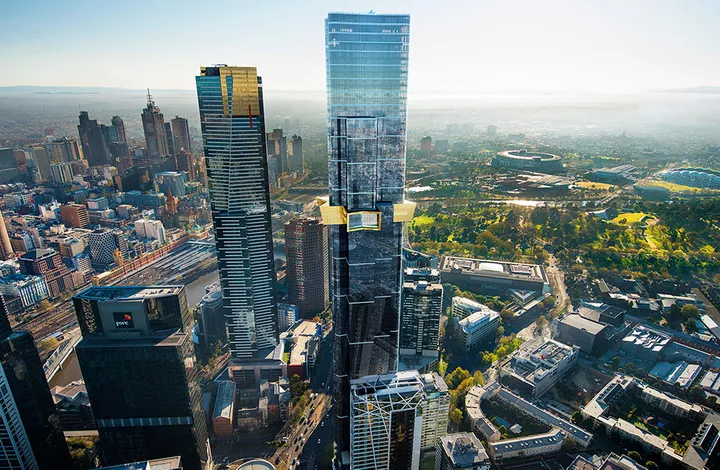 Multiplex has issued an on-site team to provide prompt assistance to residents and stood by the structural integrity of the tower.

“Some level of movement is natural in a tall building and less than one defect has been reported per apartment in Australia 108, which is well below the industry average.”

Last week, the Victorian Building Authority visited the Australia 108 site located across from the Southbank cluster which includes the Eureka Tower, Crown Tower and the Herald and Weekly Times Tower.

Buyers have also walked away or defaulted on more than 100 completed apartments bought off-the-plan after near sell-out figure of 98 per cent were downsized to 88 per cent in June.

Amid a weaker sales environment, valuations have also become an issue for the developer of Australia 108.

Earlier this year, Brisbane-based Song Properties bought the management rights to the tower in a deal worth up to $15 million.

Song Properties, which calls itself a specialist in off-the-plan management letting rights, currently runs the concierge desk at Australia 108.

The company’s portfolio includes Brisbane’s tallest residential building, the 90-storey Skytower in the CBD, a number of apartment towers in South Brisbane, as well as the Eminence in Carlton.