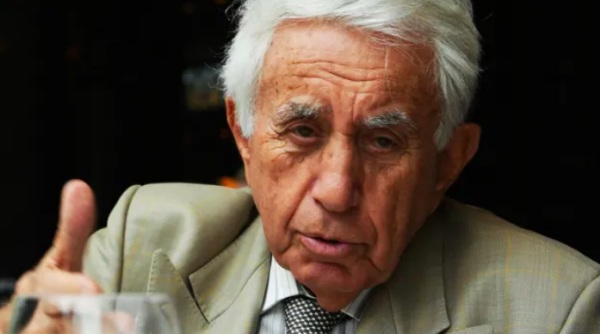 Meriton head Harry Triguboff is making his next move, into the Canberra market.

Harry Triguboff’s Meriton empire has made its first move into the Canberra market after 56 years in the business, acquiring a site to build a 17-level, five-star hotel in the city’s CBD.

The Australian Financial Review can reveal Meriton bought the site in Canberra’s Civic precinct at 40 Allara Street for $23 million from the Australian Unity Property Income Fund in an off-market deal.

The corner property, a six-storey office building on 1734 square metres, is tenanted by the Australian government and in March had a book value of $18.5 million.

It’s been a poorly-kept secret that Meriton had been looking for a site in Canberra for quite some time, but Mr Triguboff confirmed on Thursday the Canberra acquisition was part of the group’s “rapid” expansion plans for its Meriton Suites arm.

“Canberra long has been on our radar because it’s drawing nearly 3 million visitors a year,” Mr Triguboff said.

“Many people going there are on business, often politics related, and visit for multiple nights.

“Who knows, we might pop up in places like Adelaide and Perth one day soon,” Mr Triguboff added.

While Mr Triguboff has been weathering the two-year property downturn that has seen prices in Sydney fall by 15 per cent, the veteran developer has been busy planning his company’s expansion elsewhere across the country.

Meriton’s Canberra acquisition marks the group’s expansion into two new states or territories, beyond NSW and Queensland, in the past four months.

The Canberra sale was brokered by Andrew Stewart and Nic Purdue, of Savills.

Earlier this year Mr Triguboff dipped his toe into the Melbourne apartment market for the first time, buying a small site near Southern Cross Station, where he will develop a Meriton Suites apartment hotel, as The Australian Financial Review revealed in April.

Canberra’s accommodation market has gone from strength to strength with the opening of several new upmarket hotels in recent years, kickstarted by the stylish Hotel Hotel, the brainchild of the local Molonglo Group, which opened in 2013.

Quest opened its second apartment hotel in Canberra in December last year while local developer Geocon has opened its sixth hotel, in Kingston, as part of its Abode Hotels portfolio.

The arrival of Canberra’s international airport in 2016, and with it an increase in overseas tourists and business travellers, has helped to absorb the wave of new supply in the market.

Mr Thomas said the proposed Canberra casino redevelopment, which is on the same street, would also be positive for the tourism and leisure markets.