Sydney house prices will fall 5.1 per cent this year, and then tread water in 2019 with only a 0.6 per cent gain, according to forecasts by Moody’s Analytics and Corelogic.

However, the correction in NSW won’t be uniform with more affordable areas like the Central Coast – where developers like Rich Lister Tony Denny are selling out apartment projects – likely to avoid the correction and instead deliver gains of 3.6 per cent and 8 per cent this year and next year.

Moody’s said “fundamental drivers” such as tighter credit conditions, slower income growth, and the recent run-up in housing supply, would drive national property values 1.6 per cent lower this year, led by Sydney with Melbourne values to flat line for the next two years. 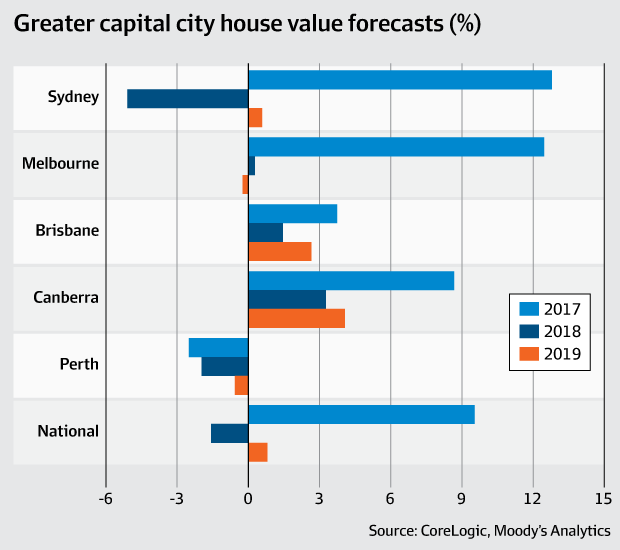 “Outside Sydney, the story in the rest of NSW is a little different. As the incomes of many potential homebuyers have not kept pace with the Sydney market, demand for areas outside of Sydney have increased as they show better affordability,” said Moody’s.

The forecasts are based on Moody’s modelling using historical data from CoreLogic’s Hedonic Home Value Index. The index shows Sydney house prices already down 7.1 per cent for the year to August with Melbourne house prices down 2.7 per cent, implying a small improvement in the second half of the year.

Others like Stockland boss Mark Steinert are more bearish, telling last week’s Property Council annual conference that house prices would fall 5 per cent in Sydney and Melbourne over the next year and tipping better growth in Brisbane.

There was no sign of any housing market recovery this weekend – the third of the usually busy Spring selling season – with the preliminary auction clearance rate over the past weekend coming in at 55 per cent, the lowest for the year, Corelogic said, with auction numbers down by more than 500 compared with the same weekend last year.

Agents reported more weakness at the top end of the market, as more luxury homes in Sydney and Melbourne sold prior to or after auction. Buyer’s agent Emma Bloom from Morrell & Koren said more vendors were avoiding auction failures and looking to sell off-market instead. “It’s certainly a buyer’s market,” Ms Bloom said. 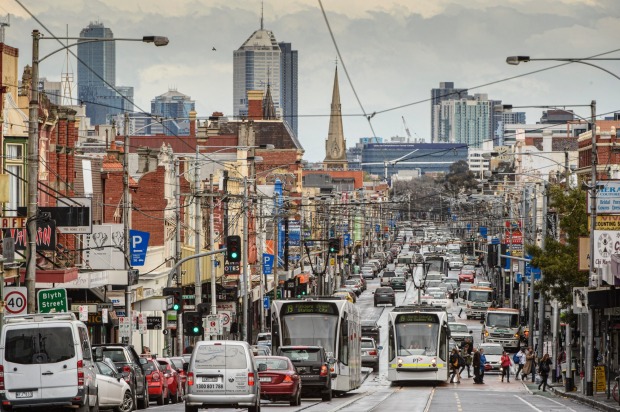 In Melbourne, Moody’s forecast a sharp deceleration from the 12.5 per cent growth achieved in 2017, but still expected house prices to end the year up 0.3 per cent before falling 0.2 per cent in 2019. “Recovery is elusive in the near-term,” Moody’s Analytics said. As with Sydney, the biggest falls will be in the inner suburbs.

Moody’s tipped a 1.5 per cent gain in house values in Brisbane with with strength in West Brisbane and Inner Brisbane offsetting declines in South Brisbane.

“The worst is likely over for Brisbane’s apartment market, with unit values tipped to recover by 0.6 per cent in 2018, followed by sharper growth of 6.2 per cent in 2019,” Moody’s said. 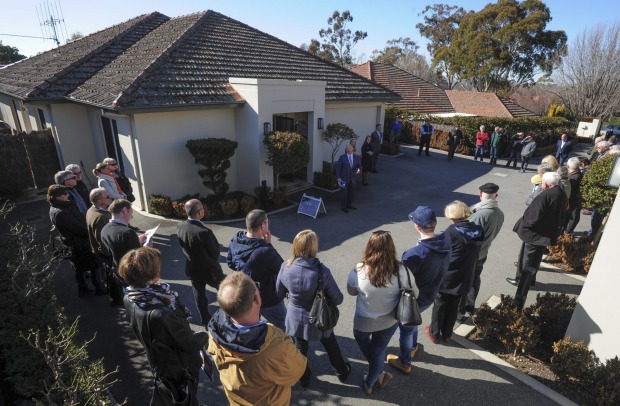 Hobart will be the top performing capital city market this year with Moody’s forecasting a gain of 11.3 per cent in 2018 before the market runs out of steam next year, with a fall of 0.3 per cent. 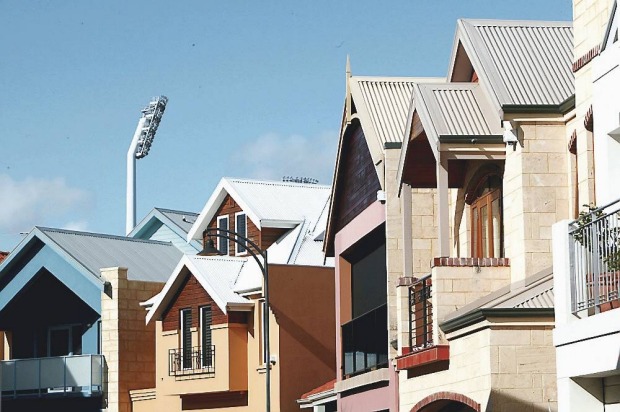 Perth house values were forecast to fall 1.9 per cent this year and by 0.5 per cent in 2019 with a slow recovery beginning in 2020. Erin Jonasson