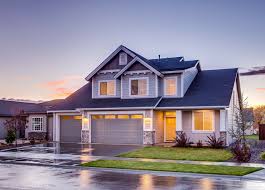 The disparate state of Australia’s property market has been laid bare in a new report, with prices in some markets falling by 7.4%, while others are booming, with price growth of just over than 16% year-on-year.

The latest realestate.com.au Property Outlook Report, released today, shows on average prices across Australia have increased by 0.9% in the past year.

However the overall price growth belies the highly divergent nature of the nation’s property market, and the varying demands in major capital cities, the realestate.com.au and CoreLogic data shows.

While the housing market slowdown in Melbourne and Sydney continues to dominate the headlines – prices in Sydney declined 7.4% year-on-year to June 2018 – Hobart continues to surge, with prices rising by 16.1% year-on-year.

“The likely outcome over the next six months is continued moderation of pricing in Melbourne and Sydney, while our other markets will hold up a lot better,” Consibee said in the report.

“Predictions that median prices will decline by about 10% seems a bit light in Sydney, given that prices have already dropped by 7.4%. Melbourne is likely to see declines this year, however, at this stage, it is unlikely to be as extreme as in Sydney, particularly given that on a year-on-year basis, we are still seeing a very slight increase.

“On the positive side, the Australian economy is very slowly heading back to growth mode and as the development pipeline has slowed dramatically, particularly for apartments, this means less property will be available to buy. These will provide buffers to negative changes in the market, something that was not occurring the last time we saw big declines post the global financial crisis.” 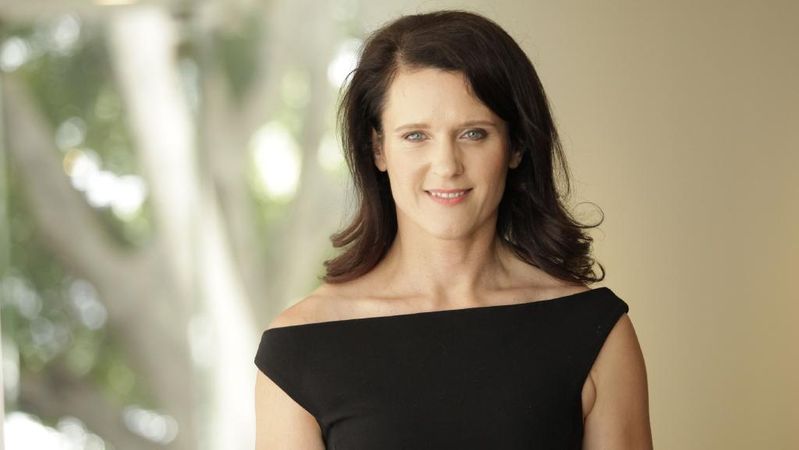 Typically, conditions remain highly variable across each capital city. Right now, Sydney is facing the biggest challenges, Melbourne is holding with pricing still up year-on-year, and demand is creeping up in Perth. Brisbane has also seen a rise in demand.

In terms of what lays ahead across the nation, the housing market in Australia is likely to be under a lot of pressure, which will cap price growth everywhere. 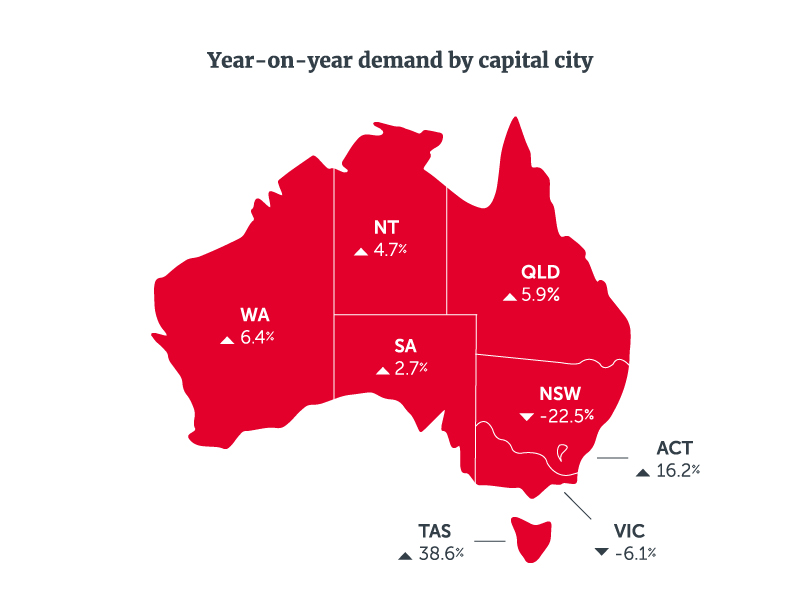 Sydney has been hit hardest by declining demand. Prices have now dropped by more than 7.4% in the past 12 months and demand has sunk by 22%.

“Conditions are looking really tough in Sydney at the moment. Demand has been falling for quite some time now and prices have dipped. It looks like these price declines will continue for the remainder of the year,” said Consibee. 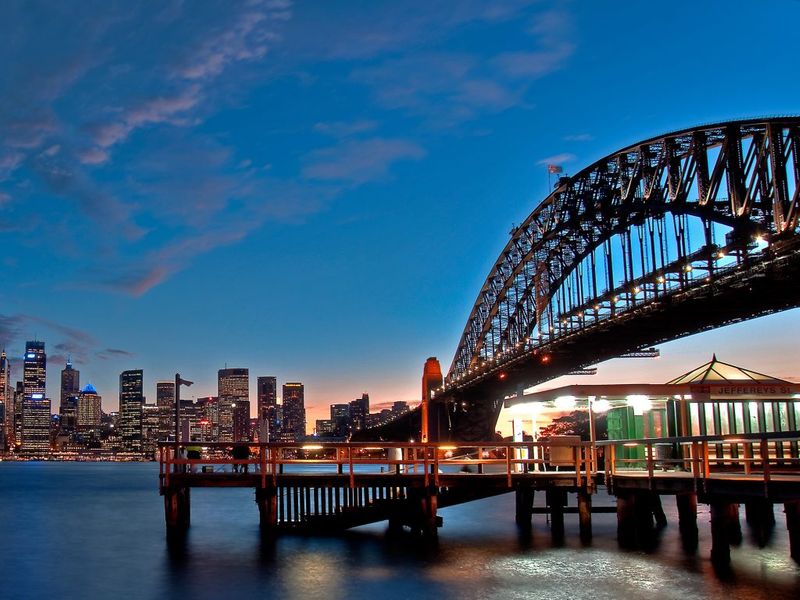 Melbourne is also likely to see declines this year, however, at this stage, it is unlikely to be as extreme as in Sydney.

“Melbourne’s housing demand is dropping, but apartment levels are lifting. Two years ago, many predicted a bloodbath in Melbourne due to apartment over supply. The development pipeline has now slowed and we are starting to see an uplift in apartment demand. This is surprising, particularly given that housing demand has slowed more, typically it’s the other way around,” said Consibee.

Overall, prices in Brisbane are up 1% with houses seeing a slight increase and apartments seeing a decline. With so much spending on infrastructure, the city is now geared up for population growth, which appears to be occurring as the jobs market continues to recover.

Adelaide is holding its own. Demand is now up 2.7% overall and prices are up 3%. Houses remain in strong demand in the city, whereas apartments are proving Adelaide’s weak spot, which is due to high levels of supply over the past couple of years.

Hobart could be set to lose its claim as Australia’s most affordable capital city with the median price about to overtake Adelaide. Jobs growth and minimal development are the two main factors increasing prices. 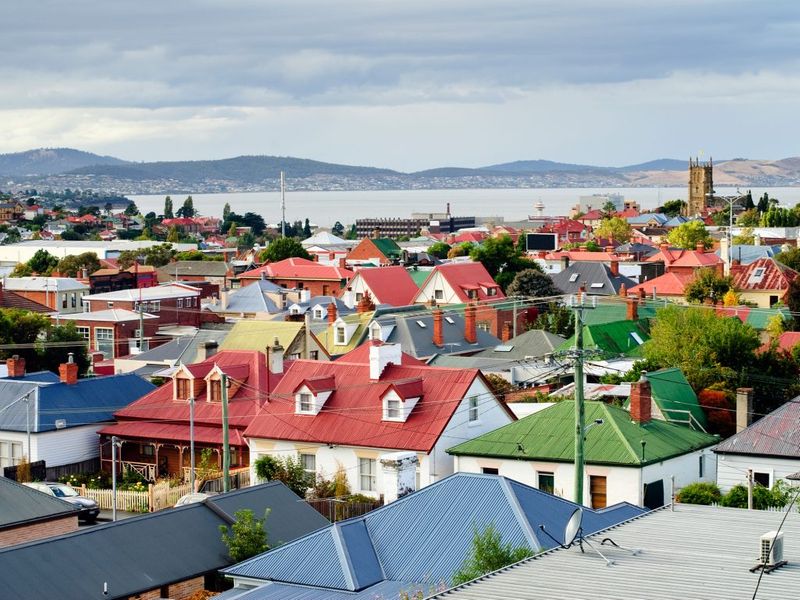 “Affordability in Hobart is dropping and it’s starting to become problematic for first-home buyers. A rise in traditional rental housing moving to short-term rentals and increases in jobs means that there is less rental accommodation for the growing population,” said Consibee.

Darwin is almost on par with Sydney in regards to price declines, however the tropical capital city is slowly pulling itself out of a market slump. Demand is steadily rising and is up almost 5%.

Canberra continues to do really well. Demand is up 16.2% over the past 12 months and prices are up 7.7%. Unusually, the increases in demand for apartments and houses are almost on par.

Perth is slowly turning a corner. Prices are still down overall, but demand continues to rise. Perth has seen the third highest increase in demand over the past 12 months, after Hobart and Canberra.

Despite a dip in overall housing demand, Melbourne suburbs are still the most in demand in the country.

Warrandyte and Park Orchards take first and second place on the list of the ten most in-demand suburbs in Australia, while Albert Park slips in at number ten. 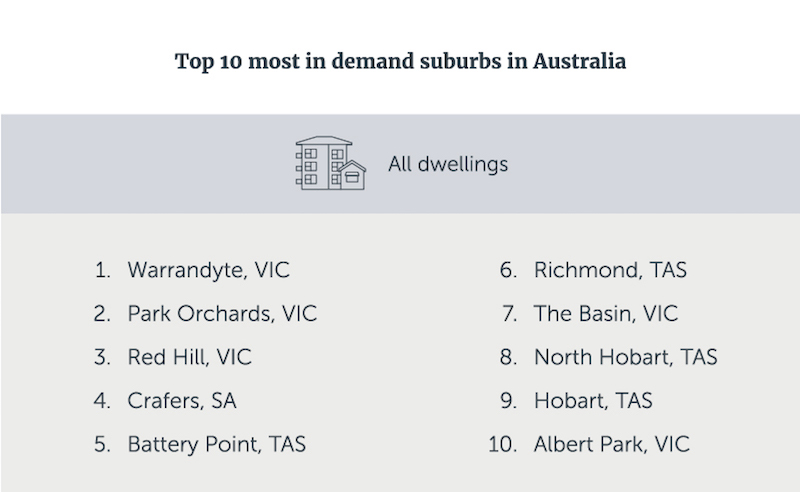 “Big homes and blocks and its relative affordability underpins Warrandyte’s appeal, as well as the fact that it’s within good commuting distance to Melbourne,” said Consibee.

“Melbourne and Hobart continue to dominate the list of most wanted, however Crafers in the Adelaide Hills was a surprise addition. It’s also interesting to see the range of price points that top the list – from expensive locations in Melbourne to more affordable Hobart suburbs.”

Subcontractors are the human face of a construction industry in crisis