A joint proposal by GPT, Brookfield and AMP for the $1 billion redevelopment of Sydney’s Cockle Bay Wharf has undergone another set of revisions in plans submitted to the NSW government earlier this month.

The consortium’s ambitious plans for a waterfront precinct, originally formulated in 2014 with an application submitted in 2016, involved the transformation of Cockle Bay Wharf, with an office tower and retail complex to be built over Sydney’s Western Distributor freeway.

The revised proposal has reduced the height and size of the office tower by 12 metres, increasing the building’s setback and shifting its location to create more green space and improve pedestrian connections between the Sydney CBD and Darling Harbour. 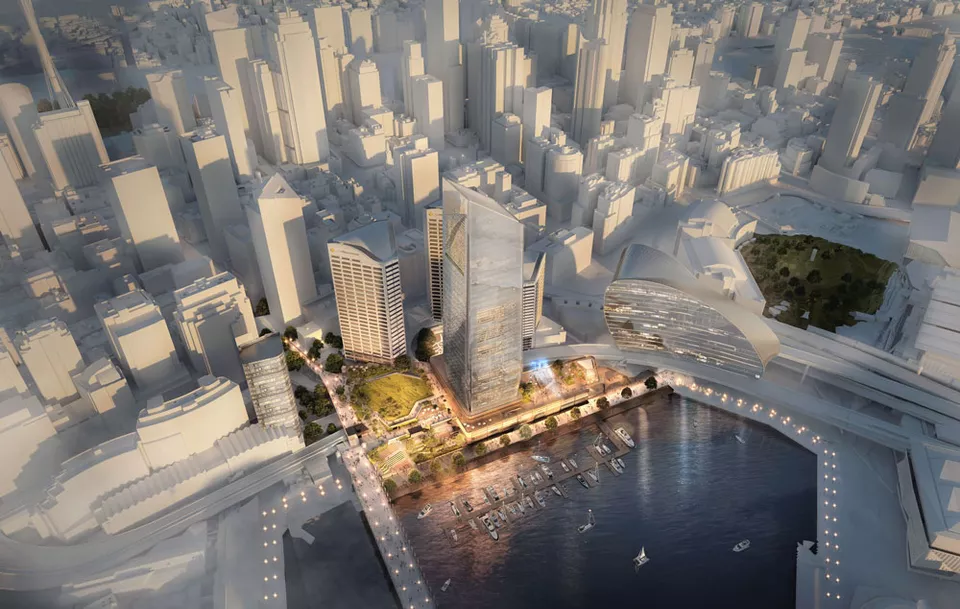 The amendments have been undertaken as part of a review to address community and government concerns about the tower’s visual impact and its overshadowing of the promenade, a future town hall square and private residences along the harbour.

As part of the proposal, the developers will deliver one hectare of public space, which will cover the area that separates the Darling Harbour shorefront from the city – turning dead space above the freeway into useable public space. 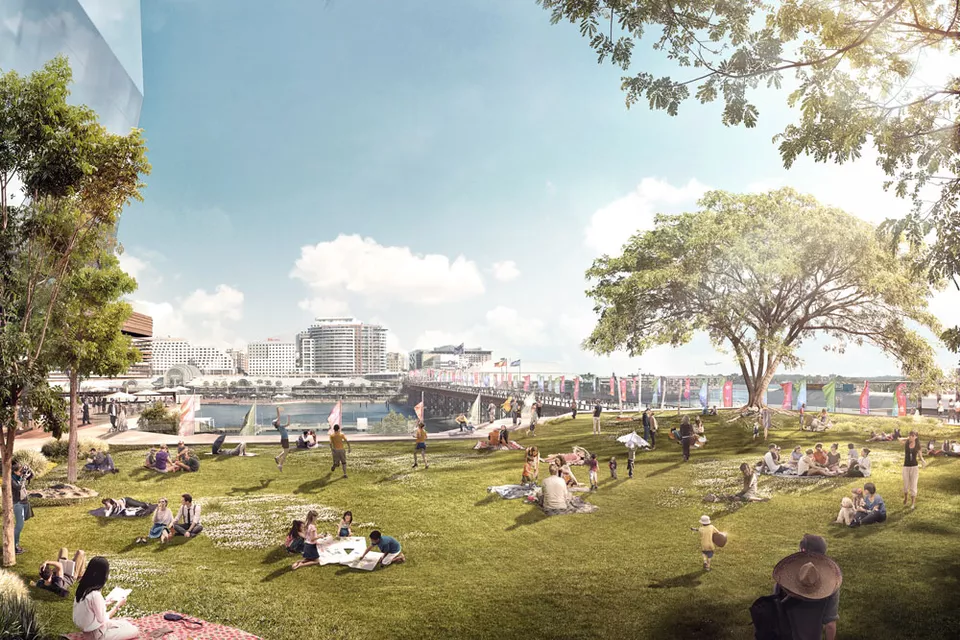 The developers said the public space will enhance Darling Harbour’s capacity to host public events such as New Year’s Eve, Vivid and Chinese New Year and be able to accommodate up to 20,000 people for large events.

The proposed Cockle Bay Park will be part of the open space over the Western Distributor, making it the only area of green space on the Darling Harbour waterfront according to the proposal.

Owned by the NSW government, the consortium is proposing to develop the 24,900sq m site and increase the long-term lease of the site to 99-years.

In documents submitted to the government, the proposal suggests a competitive design process will “further refine” the solutions available on the site to facilitate a development that is an “appropriate scale with on balance acceptance impacts”.

“[The amended concept proposal] will help to reenergise Cockle Bay and Darling Harbour and will become a dynamic and inclusive place for city workers, the wider community and visitors to enjoy,” its documents concluded.

Canberra property prices higher than they were a year ago