Go-ahead given for medium-density homes 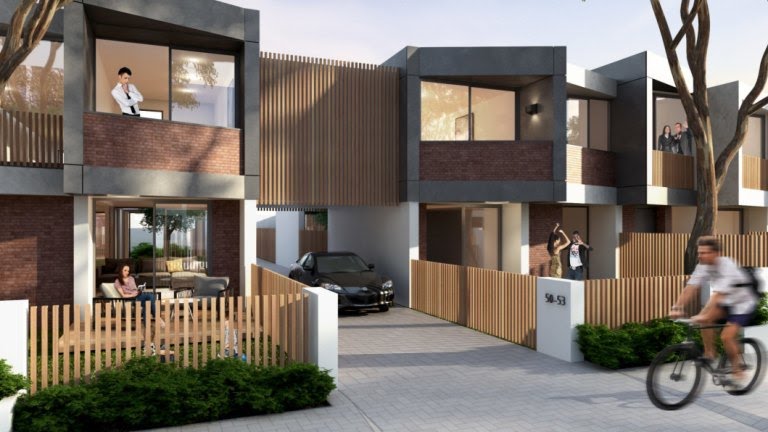 Go-ahead given for medium-density homes

There will be no further delays to the introduction of a code that will make it easier for landowners and developers to build terraces and other medium-density homes, NSW Planning Minister Rob Stokes says.

Despite the medium-density housing code coming into force two years ago, the introduction of the policy was hindered when 45 councils sought deferrals until July, and these were granted by the government.

The policy is intended to accelerate the approval process for so-called missing middle homes such as terraces and manor houses, in which a single building contains three to four dwellings.

Mr Stokes told a budget estimates hearing it had been frustrating that some councils had sought deferrals to prepare planning proposals, but had still not completed them.

“Ultimately something can’t be deferred indefinitely. To those councils I say, we have given you ample opportunity,” he said on Friday. “Those deferrals will conclude on the first of July.”

But Labor's planning spokesman, Adam Searle, said the decision to bring into force the code in local government areas where it had been deferred showed a “complete disregard” for communities and councils.

“I am calling on the minister to continue the deferred implementation of this policy until councils have been able to deal with these issues in their own ways,” he said.

Two dozen councils still have not presented a planning proposal to the department for consideration, 21 months after the grace period began.

Councils sought the deferrals so that they could prepare planning proposals for their local areas. They argued that the medium-density code, once introduced, would have “unintended consequences” in low-density residential zones.

Mr Stokes said the department was progressing proposals by other councils that thought they had a better way to achieve the aim of a greater diversity of housing supply.

“We have given them the opportunity to tailor their controls to obviously facilitate greater house diversity, but do it in a way that is sympathetic to local conditions,” he said.

Planning Department deputy secretary Marcus Ray said the councils’ concerns depended on their underlying planning controls, because the code would overlay the zoning in each case.

Councils had crafted their planning proposals to address concerns such as the permissibility of certain development types in the code in lower-density residential zones, while others were about minimum lot sizes for developments.

“They won’t be totally excluded from the code, but they have been given the opportunity to make amendments to their underlying planning controls to ameliorate the perceived impacts of the code,” Mr Ray said.