Home loan war heats up with rates under 2 per cent

Home loan war heats up with rates under 2 per cent

A new front in the home loan interest rate war has broken out, with variable interest rates falling below 2 per cent for the first time.

A smaller lender is offering a variable-rate home loan of 1.99 per cent and more lenders are expected to follow suit, as competition for new mortgages intensifies. Another lender is offering "cashbacks" of up to $4000 for health, education and emergency services workers. 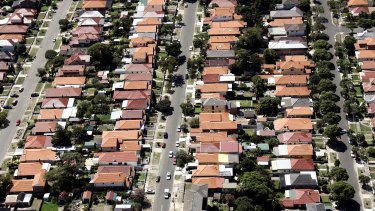 Sally Tindall, director of research at RateCity, says lenders are looking for new ways to get those looking to refinance their mortgages to sign on.

The pandemic has slowed the growth in new mortgages but the number of those switching to other lenders on back of record-low interest rates has surged.

The Reserve Bank of Australia (RBA) cut official interest rates to just 0.25 per cent in March in response to the coronavirus crisis.

However, many lenders did not initially pass on that cut to their existing variable interest rate home loan customers.

In the months since then, lenders have been competing aggressively on price as their funding costs fall to historic lows.

Reserve Bank figures for May show the average interest rate on big-four banks' new variable interest rate loans to owner-occupiers was 2.93 per cent. The average rate for all loans in this category – what existing customers pay – was significantly higher, at 3.26 per cent.

Many of the best deals are available to new customers who have big deposits, such as those refinancing who have built equity in their properties.

However, there is a catch. The low rate is only available for the first year, after which it reverts to 2.57 per cent. A two-year discounted variable rate of 2.09 per cent is also available which reverts to 2.79 per cent after that period.

The discounted rates are restricted to new customers who have a deposit of at least 20 per cent.

Tindall says introductory rates are just one of the many ways that home-loan lenders are trying to win market share. Suncorp Bank is promoting a home loan refinance cashback offer of up to $4,000 for health, education and emergency services workers and is also offering smaller cashbacks for other borrowers.

Tindall says that although the Smart Booster Home Loan from Loans.com.au reverts to 2.57 per cent after a year, that rate is still highly competitive – among the top 5 per cent of comparable home loan rates that are listed on the RateCity database. It is also lower than ongoing variable rates on offer from any of the big-four banks, she says.

Figures from Canstar and RateCity both show that over a typical 25 or 30 year mortgage terms, homeowners would make lower initial repayments with the Loans.com.au offer but it could cost several thousands of dollars more in interest over the life of the loan, compared to the lowest ongoing variable interest rate mortgages.

However, if you are prepared to refinance regularly, there are major benefits.

"While mortgage holders are typically better off opting for a low ongoing rate in the long term, if they commit to regularly refinancing their home loan they could end up well ahead with one of these sign-on incentives," Tindall says.

Borrowers are free to switch lenders during and after the honeymoon period but there are costs, such as loan discharge fees, establishment fees on the new mortgage and mandatory government charges. They can add up to several hundreds of dollars, Tindall says.

However, the costs of switching can be small change compared to the long-term savings of switching to a mortgage with a lower interest rate, she says.

Given that lenders are trying to attract new customers, it is always worth asking a new lender to waive the establishment fee.

The Australian Securities and Investments Commission has a mortgage calculator where a user can include many of the variables, such as fees and costs, to obtain a realistic estimate of what the mortgage would really cost.