Insane demand from city buyers is shaking up regional markets 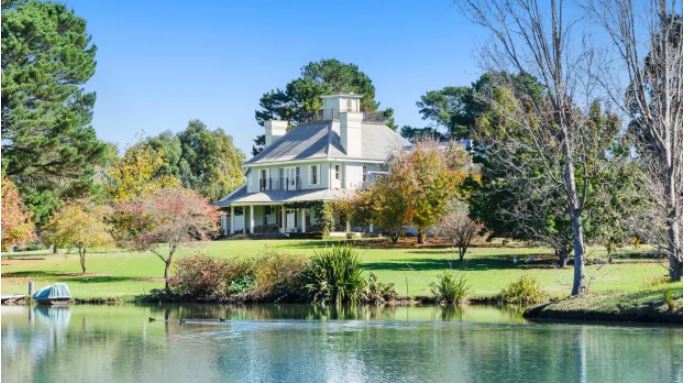 Insane demand from city buyers is shaking up regional markets

For Kiia Liind and Michael Canty, COVID-19 was the push they needed to get out of the city for good.

The couple who have been renting in Melbourne's inner-eastern suburb of Alphington will be moving to their Barwon Heads home near Geelong in three weeks - a plan that has been accelerated by the pandemic.

"We've been talking about doing a sea or tree change eventually, but we thought we'd wait until the kids finish school in a few years," Ms Liind said.

"But when the lockdown came and forced people to work from home, it made us realise, we don't need to be close to the CBD for work anymore, we can work anywhere remotely," Ms Liind said.

The couple started searching for properties outside Melbourne and settled on a four-bedroom house with a pool on the Bellarine Peninsula, located 66 kilometres from the CBD.

"COVID was the catalyst," Ms Liind said. "My partner has been able to continue working remotely and I've just started my virtual assistant business online so we could live anywhere we want."

City dwellers moving to the bush or coast is not a new trend, but it has become more evident since the onset of the pandemic as working from home took hold and people grew wary about living in close quarters.

The Agency Southern Tablelands selling agent Ben Olofsen said demand from Sydney buyers had been rising since March and started shaking up the region's housing market.

"We've seen around 150 per cent increase in the number of buyers at open homes and we're currently getting around 37 groups through on average," Mr Olofsen said.

"We recently sold a property where we issued seven contracts and ended up selling it for $300,000 above the vendor's expectation."

CoreLogic head of research Tim Lawless said the renewed flight to the regions has helped the local housing markets weather the downturn better than their capital city counterparts.

During the past three months to August, median dwelling values for regional NSW climbed 1.2 per cent while Sydney lost 2.1 per cent.

In the Southern Highlands where Mr Olofsen operates, median values lifted by 2.7 per cent over the same period.

It was a similar trend in Victoria where Melbourne dwelling values fell 3.5 per cent while the regions only dropped by 1.4 per cent.

"The normalisation of remote work through the pandemic could make proximity to major cities less of a factor in home purchasing decisions."

Renters escape to the bush

It's not just buyers who are fleeing to the regions. Renters were keen to escape the virus and live in cheaper housing have also started decamping from the cities.

SQM Research managing director Louis Christopher said this was apparent in the sharp falls in rental vacancies in regional areas at a time when the number of vacant rentals soared in the inner cities.

In NSW's Blue Mountain region, vacancy rate has fallen to 1 per cent - its lowest level in 10 years.

Vacancy rate in Central Tablelands sank to 0.9 per cent, while Victoria's Mornington Peninsula plummeted to its lowest level on record to 0.8 per cent.

"Rental demand is insane," Mr Hill said. "We don't have enough stock because most of the properties are owner-occupied homes or second homes so rents are rising as people compete for the limited rentals."

Mr Christopher said while some people might eventually return to the cities once the pandemic was over, a large number of tree and sea changers may not come back.

"I think it will be pretty hard to change people who have grown to enjoy their lifestyle, so many of them may stay put, which would be good for regional Australia."