‘Licking their lips’: Who is still buying property in Australia’s recession? 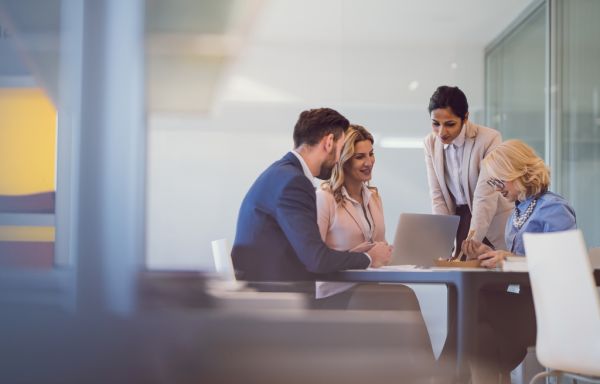 ‘Licking their lips’: Who is still buying property in Australia’s recession?

The Australian property market has taken a battering amid the COVID-19 pandemic with prices falling or stagnant in most cities, but white-collar workers, doctors and busy tradespeople have still been snapping up homes, agents said.

Although the Australian economy fell into a recession in the June quarter and recorded one of the biggest falls in GDP yet, the property market has not dropped as much as it might have without the massive stimulus measures from government and banks.

Agents say buyers are still active, depending on their jobs and employment status, with some pressing the advantage of ultra-low interest rates and reduced competition to buy.

Indeed Australia APAC economist Callam Pickering said as the economic impact of the pandemic had been unevenly distributed, there would be some clear winners.

“While a recession is devastating for many, it can often be an opportunity for others to build wealth by buying underpriced assets,” he said. “Higher-income or wealth households, many unaffected by COVID-19, would be licking their lips as property prices fall.

Agents agreed that some professions were worse hit than others.

“They might be in the medical profession or they may be selling caravans,” he said. “[There’s also been] people involved in the stock market.”

Even though properties are still trading hands, it’s at a lower level than usual.

In Northcote, Jellis Craig agent Nigel Harry said the buyer mix there seemed to be unaffected.

“We’re fortunate here in the inner north – the demographics here have the bulk of buyers are relatively unscathed,” he said. “White-collar workers in a professional environment, lawyers, accountants, engineers and lots of government workers and IT, those are the sectors buying.”

Mr Harry agreed with Mr Pickering’s assessment that some were taking the opportunity to get into the market or a larger home.

In Sydney, it was a similar mix. Eastern suburbs agent Debbie Donnelley said along with medical professionals, she had been seeing more activity from richer tradespeople who had been inundated with work.

“For those who can afford it,” the PPD Real Estate principal said. “For some of the properties we’ve had, we’ve been blown backwards with the price people have been willing to pay because of the lack of stock.

“It doesn’t stop people from having babies and needing to upgrade or if people die and their estates need to be sold.”

In the western suburbs it was mostly IT professionals buying, Woodcroft agent Rajesh Setia said.

“More than 60 per cent of people. It is a very wide ranging industry,” he said. “The mix of accountants and doctors and that sort of thing, that’s about 30 per cent. Their jobs have been less affected. They’re happy to take a bit of risk.”

In Brisbane’s inner suburbs the recession was barely felt, Space Property principal Nick Penklis said. The buyer mix had scarcely changed, other than a departure of investors.

“We’ve got a greater cross-section. There’s no one greater sector buying,” he said. “The growth market is first-home buyers and young professions with solid jobs.”

“It is true that a lot of white-collar workers have made through unscathed and that has had some upside but that doesn’t offset the damage done to the economy as a whole,” he said. “Wage freezes … and the decline of government support means things aren’t looking so good for property right now.”