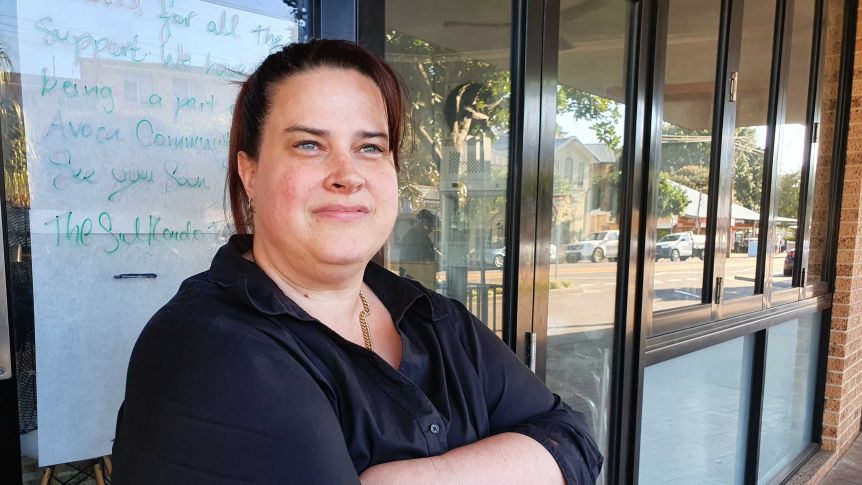 The New South Wales Central Coast is expected to boom this summer, with holidaymakers opting for a beachside getaway amid ongoing pandemic travel restrictions.

But the future is not so bright for a well-established café in the coastal village of Avoca Beach, which has been forced to close due to staff shortages — a direct result, its owner says, of the Federal Government's JobSeeker and JobKeeper subsidies.

Business had been booming for the popular Sul Rondo cafe, but owner Deanne Berry said she was unable to attract staff willing to work.

"They've actually told us to our faces it's not worth their time to get out of bed to come to work," she said.

"They're getting more money than I was as a business owner."

After almost six years in business, Ms Berry is frustrated at becoming another pandemic victim but feels there are no options, especially when she was unable to open for Father's Day.

"This summer I think, is going to be a really big summer for Avoca," she said.

"People can't go too far. It just wouldn't have been fair on existing staff to put them through that kind of service.

The closure of the thriving cafe has taken locals by surprise.

"It's extremely physically and mentally exhausting when you don't have enough staff to run."

Paula Martin, director of the Central Coast NSW Business Chamber, said the closure was the first of its kind confirmed in the region, but that anecdotal evidence suggested it was not the only one.

"It has been a really tough, tough time for these small businesses," said Ms Martin.

"We are getting to the point in this crisis where business owners are telling me they are fatigued and they are exhausted."

Federal Member for Robertson Lucy Wicks said the cafe's closure was "sad and frustrating" but argued the Government's coronavirus subsidies were essential to cushion the blow for thousands of people who lost jobs earlier this year.

"I am feeding this back directly into the Government so that we have a very nuanced understanding of what is happening on the ground," she said.

The NSW Business Chamber estimates about 22,000 people across the Central Coast were currently receiving JobSeeker.

With reductions in the coronavirus supplements due to kick-in late September, Paula Martin wants new government stimulus to target sectors that need it most, such as the hospitality, food and service industries.

"We are forecasting across the coast, we could be looking at up to 30 per cent of business closures," Ms Martin said.

"That's nearly 7,000 businesses that could be forced to close their doors or certainly change their operations in a drastic way."

With the weather warming up and school holidays just around the corner, it is a bittersweet time for Ms Berry.

"JobKeeper was a fantastic initiative. I think doubling the JobSeeker was probably a knee-jerk reaction and happened way too quickly," she said.

"No-one was prepared to go into business in the middle of COVID restrictions, so over the next week-and-a-half we'll be pulling it all apart."