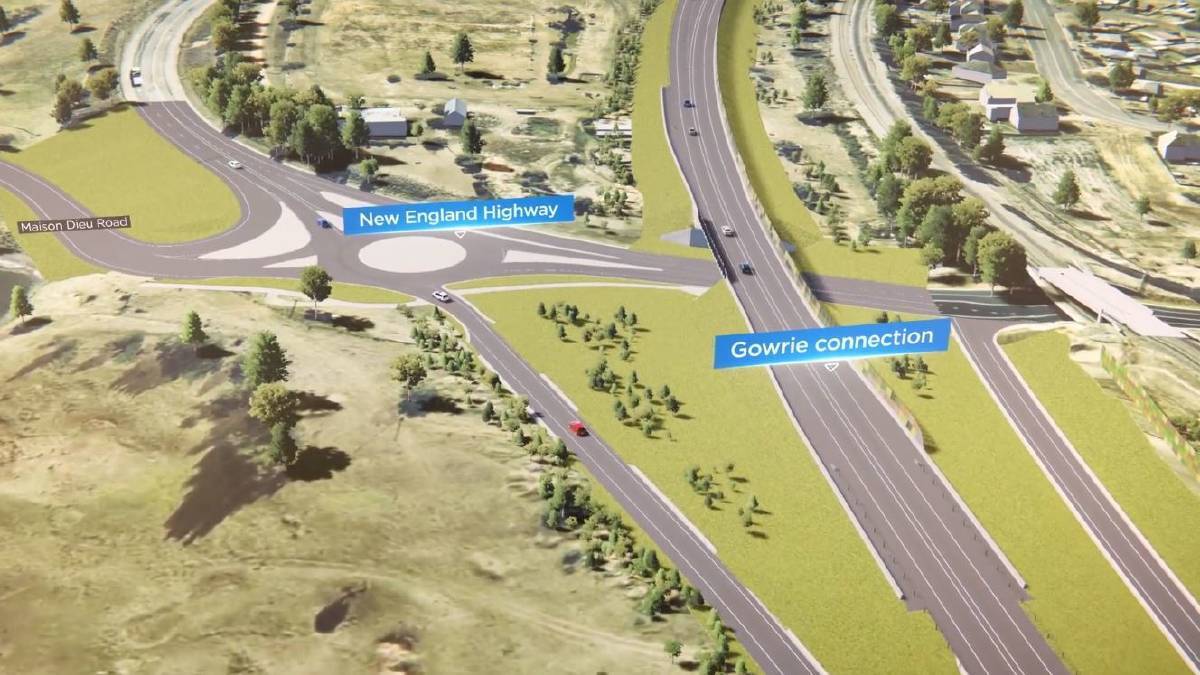 AFTER years of talk, the Federal Government will finally commit $560 million towards the development of the Singleton Bypass at Tuesday's budget.

Given the project's estimated cost of around $700 million, only another $45m would be required by the state government, who have already spent or pledged $95m.

Upper Hunter MP Michael Johnsen said the remaining funds are secured, with the state government having to commit their share in order to get their federal counterparts on board.

Singleton Council (SC) have welcomed the news and said they will now be working with the NSW government to bridge the $45m gap.

It signals a major milestone for the bypass, but serious question marks still remain as to when the funds could actually be spent in any significant way.

According to current predictions, construction would begin by mid-2023 and be completed by 2027, creating 1370 direct and indirect jobs.

But, that timeline will ultimately be determined by how long planning takes, with several parties including SSC still doubtful over the viability of the current proposed route.

Just last month, Singleton Mayor, Councillor Sue Moore, revealed she was disappointed with Transport for NSW Submissions Report's response to some of the community's major concerns.

Firstly, council was pushing for Putty Road to be a full interchange that would allow all vehicles to access the Town Centre; and secondly they were worried by the proposed one-lane each way design, which they're not convinced would provide satisfactory levels of service now and into the future.

"Most importantly, we will be stepping up our efforts to ensure the project is built in keeping with the needs of our community and the people who regularly drive through our local government area," said Cr Moore.

"We need to make sure the bypass is built right now, not as a stop-gap measure that will require further attention 20 years' down the track.

"The people of Singleton are already facing a range of economic, social and environmental challenges compounded by industry change, and we need all levels of government to build infrastructure that will help us to overcome, and most importantly thrive, into the future.

"I am pursuing meetings with the relevant State ministers as a matter of urgency to discuss these issues, and in light of the impending budget announcement will be very keen to see a resolution and construction sooner rather than later."

A different route, or even alterations to it, could mean costing edits would be required, but Mr Johnsen said the piece of infrastructure will be going ahead regardless.

"The total cost is the current estimate, based on the level of detail," he said.

"This will be finalised once the detailed design and tender are complete, the Bypass is happening, full stop."

New England and Golden Highway road users are still waiting on the official start of construction of the flyover at the intersection of the two highways between Whittingham and Belford.

Planning on this particular project has taken significantly longer than promised much to the frustration of drivers.

Hunter MP Joel Fitzgibbon said he has shared this frustration during his many years of advocating for the bypass, and fully expects it to have a major impact on locals and workers alike.

"I'm pleased the Federal Government has committed to the Singleton Bypass, which is something I've been calling on for several years," he said.

"It's important that federal funding of regional infrastructure is made on the merits of a project, and I have argued that the Singleton Bypass has always stood-up on merit.

"The Bypass will improve amenity and congestion within Singleton, improve the efficiency of the New England corridor for business and industry, and get our coal mining employees to work more quickly and more safely.

"If the funding for the Singleton Bypass is not within tomorrow night's budget, it will be considered a failure by me, Singleton residents and the tens of thousands commuters who experience traffic jams every working day."