Australia's housing prices are predicted to rise by more than $160,000 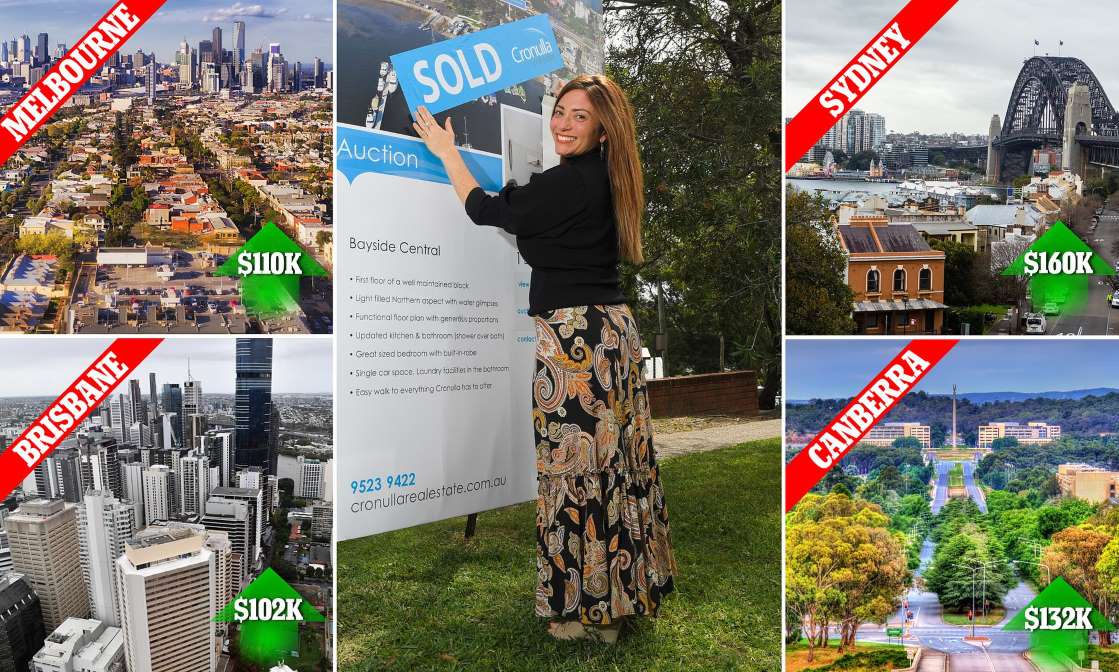 Australia's housing prices are predicted to rise by more than $160,000

Australian house prices are expected to skyrocket by 16 per cent over the next two years, rising by as much as $160,000 in some capital cities.

The median price for a residential property could reach $1.2million as home values, which include both houses and apartments, are expected to increase by 14.4 per cent nationally over the same period.

Estate agent Adrianna May at a newly sold property in Cronulla, Sydney. Commonwealth Bank's head of economics Gareth Aird predicted house prices will rise by 9 per cent in 2021 and 7 per cent in 2022 in an economics issues paper published this week

'The Australian housing market is on the cusp of a boom,' Mr Aird said, according to Domain.

'The boom is being driven by record low mortgage rates coupled with a V-shaped recovery in the labour market.'

Mr Aird said there was 'rapid growth in new lending over the second half of 2020'.

'The increase in new lending is now feeding into higher prices for bricks and mortar,' he said.

CBA's forecast is based on the assumption that interest rates will remain at its record low of 0.1 per cent, which RBA flagged it won't change for the time being.

'In the apartment market, we've got rising vacancy rates because we don't have any net overseas migration taking place at the moment,' Mr Aird said.

'We've still got growth in new supply coming online but not a lot of growth in the population so that means we've got a soft rental market.

'So I think that will weigh on growth in apartment markets, particularly in Sydney and Melbourne.

'But when we look at the bigger picture, which is the Australian housing market more generally, things are looking very strong.'

'If we were to see anything large scale like we in Victoria and Melbourne around July to October last year, that would be a downside risk to the housing market,' he said.