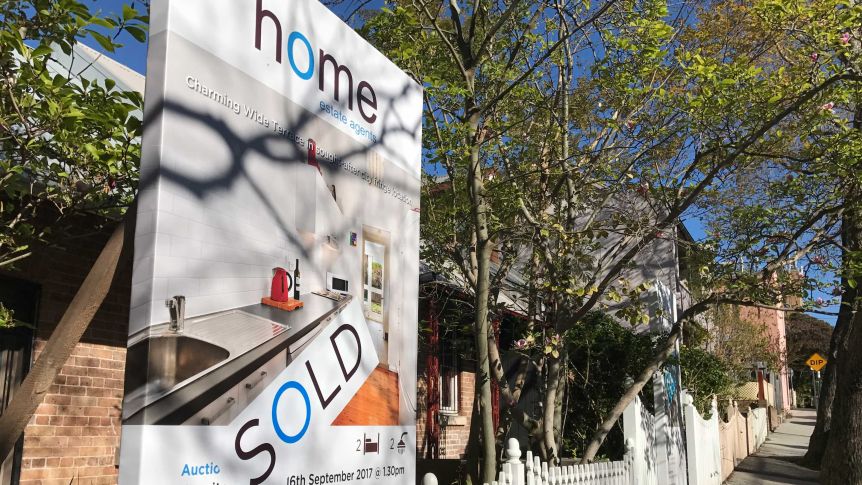 House prices are back around the record levels set in 2017, but apartments are not performing as well.

A 0.9 per cent rise in house prices last month has taken Australian housing values to a record high. exceeding the peak reached in 2017.

Home prices are 0.7 per cent above their previous September 2017 peak

Capital city prices are still slightly below their pre-COVID levels, but regional prices are well above

Apartment prices, especially in Sydney and Melbourne, have lagged house prices amid the almost total drop in overseas migration

CoreLogic's latest figures show national average property prices are now 1 per cent higher than before the COVID-19 pandemic and 0.7 per cent above the previous September 2017 peak.

The increase was broad-based, with every city and broader region recording a rise in January.

The capital city increases ranged from 0.4 per cent in Sydney and Melbourne to 2.3 per cent in Darwin.

Capital city prices are still down on pre-COVID levels, albeit by only 0.2 per cent, while regional home prices jumped 6.5 per cent as more people looked to escape the big smoke as work-from-home levels dramatically rose.

"Across Sydney and Melbourne, they're still sitting about 4 per cent off their record high values," she said.

"And then you've got Perth and Darwin, they're increasing in value off the back of a very long, large downturn.

"Perth values are still sitting about 19 per cent below their record high in 2014.

"In Darwin values are about a quarter below the record highs in 2014."

Units lag houses in most cities

Unit prices have been the main drag in the big capital cities, with both Sydney and Melbourne apartment prices down 0.6 per cent over the past year, and houses outperforming apartments in every capital city except Melbourne.

That is a trend Ms Owen expects to continue, with international borders likely to remain effectively shut for most of this year.

Many landlords are now reaching the end of loan deferral periods with their banks and could be forced into selling.

"We've seen a particular weakness in the inner-city unit market," she said.

"There are pockets of the housing market that have been structurally affected by the nature of the COVID-19 downturn."

Apartment rents fell 7.8 per cent in Melbourne and 5.6 per cent in Sydney over the past year, with inner-city areas generally harder hit.

However, CoreLogic's report did note that Sydney unit rents posted their first monthly rise last month since the COVID pandemic was declared in March last year, while Melbourne unit rents had also stabilised.

The level of mortgage deferrals has dropped from around 11 per cent of all home loans last May to 2.4 per cent.

Separate Bureau of Statistics data from December highlights how first home buyers have been a driving force behind the recent rally in prices.

The lending finance data show first home buyer loan commitments jumped 9.3 per cent in December and 56.6 per cent over the past year, with 15,205 rookie buyers taking the plunge in the last month of 2020.

The ABS said it was the highest level of first home buyers in the market since the Rudd government temporarily tripled the first home owners grant as a stimulus response to the global financial crisis.

Overall, the value of new home loan commitments leapt 8.6 per cent to $26 billion in December, with owner-occupiers dominating.

"The value of construction loan commitments grew 17.1 per cent in December, more than doubling since the June implementation of the HomeBuilder grant," she observed.

Commonwealth Bank economists Belinda Allen and Kristina Clifton are tipping an 8 per cent rise in property prices this year, with houses up 9 per cent but apartments only 5 per cent.

"Lending growth is a good predictor of dwelling price growth," they noted.

"We expect new lending and dwelling prices to lift over 2021 with the demand for home loans underpinned by record low mortgage rates, a tightening in the labour market and government support."

"The Government's argument that we need to free up the flow of credit makes zero sense in the face of today's figures.

"If anything, the regulators will be looking to put new restrictions on risky lending through caps on low deposit loans and loans with high debt-to-income ratios if the market continues to soar.

"It's up to the Parliament to knock the responsible lending changes on the head. The last thing we want is for people to be pushed into loans they can't afford to repay in a heated property market."

A group representing the nation's financial counsellors on Monday released a survey showing the vast majority of their members believe borrowers will be disadvantaged by the removal of the responsible lending consumer protections.

More generally, while Ms Owen expects the property market to remain positive in the short term, she also anticipates the rate of growth will ease as more people decide it is time to sell.

"We're expecting to see an increase in listings as vendors respond to rising demand and kind of wake up to the idea that it is a pretty good time for sellers," she said.

"That could help to slow some of the momentum of growth as we see more supply come onto the market."

The exception to that may be the Perth and Darwin markets, she added, with the possibility that investors will return, attracted by recent strong capital gains and gross rental yields of 4.4 and 6 per cent respectively.

Ms Owen said the strength of market more generally would be tested by the continued withdrawal of government financial support.

"Overall, I think that government stimulus has been really important to creating this quicker-than-expected economic recovery, and that's part of what's driven confidence in the housing market as well, against that backdrop of accommodative monetary policy," she said.