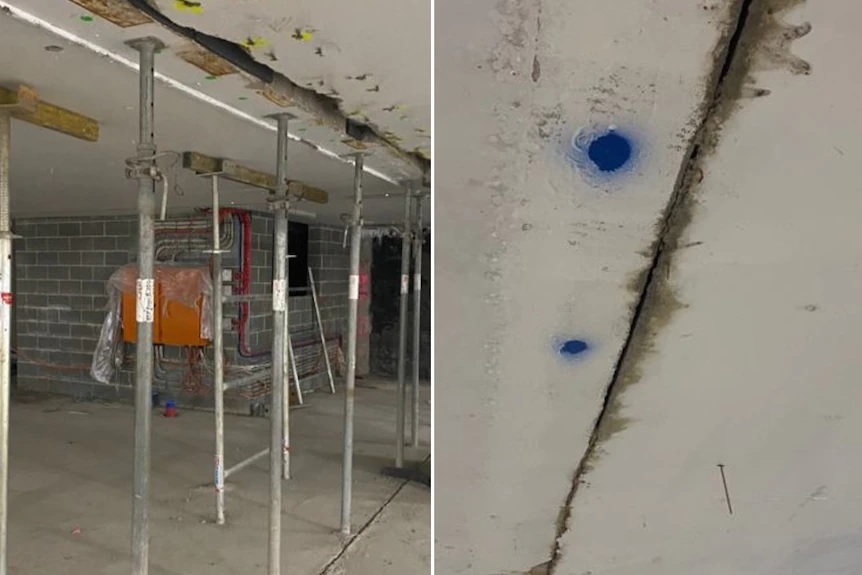 One of Sydney's biggest residential property developments is under review amid the discovery of "structural issues" that will require "specialist engineering advice".

Toplace Group's Skyview apartment complex in Castle Hill will consist of about 960 "luxurious" one, two and three-bedroom apartments, many of which have already been sold off-the-plan.

But a team of inspectors from NSW Fair Trading has reported finding "the existence of structural issues that would require specialist engineering advice" as the company seeks occupation certificates for two of its five towers.

While two towers are almost ready, the third and fourth are under construction and the fifth is yet to be built. 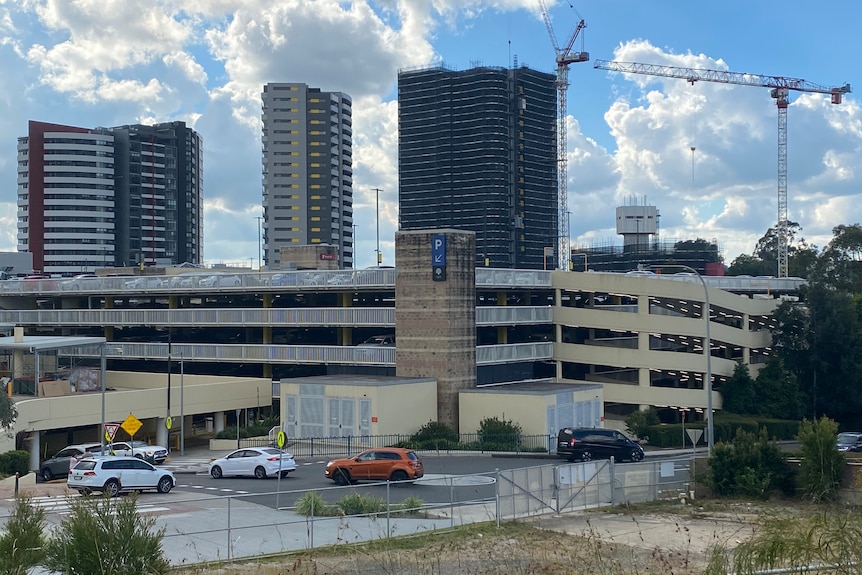 Five towers will be built by developer Toplace Group as part of their project in Castle HIll.

Toplace has refuted the concerns, saying it has "absolute faith" in its work and private structural engineers had cleared the buildings.

The fresh inspection by Fair Trading comes after ABC News and several MPs received images of the development's basement during construction earlier this year, from an industry whistle-blower asking for an investigation into uneven concrete. A metal plate can be seen bolted to the basement's roof this week. The developer behind Skyview says the buildings are safe.

ABC News has spoken to several independent structural engineers who said the images sent by the whistle-blower warranted a review.

Director of SCP Engineers and Development Consultants Paul Siewert said the photos appeared to indicate ""ailure of the slab connection resulting in slab settlement and loss of support" - something that would require remediation work.

"Whilst the cause may be either design or construction related or both, the result is significant remedial work would need to be undertaken to restore the structural integrity and fire rating compliance." 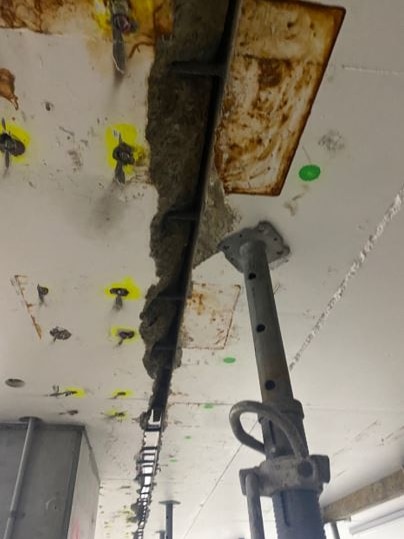 This picture from inside the basement was sent to several MPs.

The development is currently under review by its third private certifier, City Plan Services, which was appointed in March, after its first certifier was deregistered and its second resigned.

Upon appointment, City Plan Services informed the NSW Building Commissioner it had concerns about previous certification work but had reached an understanding with the developer that the previous work would be thoroughly reviewed.

City Plan Services issued the company with a Written Direction Notice requiring the appointment of an independent engineer to undertake a review of the buildings, which is now underway. Remediation works were clearly visible inside the basement.

Details of the fresh inspection by Fair Trading officers were outlined by NSW's Minister for Better Regulation, Kevin Anderson, in a letter to Greens MP David Shoebridge - one of the politicians who referred the matter to the Building Commissioner after receiving information from the whistle-blower.

"Following the receipt of your letter, even though there was already action being taken at the development arising from the certifier performing his functions, Fair Trading sent a team of authorised officers to the site on 16 April 2021," Minister Anderson wrote.

"This inspection confirmed the existence of structural issues that would require specialist engineering advice and that the certifier was appropriately handling the matter."

The Office of NSW Building Commissioner David Chandler said it was aware of allegations of "defects" but had full faith in the certifier's review.

"The Office of the Building Commissioner is aware that there have been allegations of serious defects existing at the Skyview Building that is still under construction," said a spokeswoman.

"Occupation certificate inspectors from the department have inspected the relevant work and identified that the matter is being managed appropriately by a private certifier.

The Building Commissioner's office is then expected to undertake its own independent audit of the expert reports.

According to NSW law, new developments must be given an occupation certificate as the final step in a construction process before residents are allowed to move into a completed part of the building.

Toplace Group denies the allegations and says it has faith in its construction.

The review comes amid growing public concern over the standards of construction work in NSW, after high-profile buildings had to be evacuated in Sydney over the past three years.

In 2018, hundreds of residents were forced to evacuate the Opal Tower at Olympic Park after cracks started to appear in the building's concrete beams.

In 2019, Mascot Towers in Sydney' south were evacuated amid fears one of the buildings could collapse.

Residents have been unable to return to their homes since many of the 132 apartment owners left financially destitute. The Skyview complex will be assessed independently before residents are allowed to move in.

Greens MP David Shoebridge said the public deserved to be informed of the progress of the review into the Skyview development.

"I'm glad to see that it's on the Building Commissioner's radar," he said.

"We raised it with him directly and the government because we were so concerned."

"The Building Commissioner needs to get involved, he needs to utilize everything that is at his fingertips," she said. 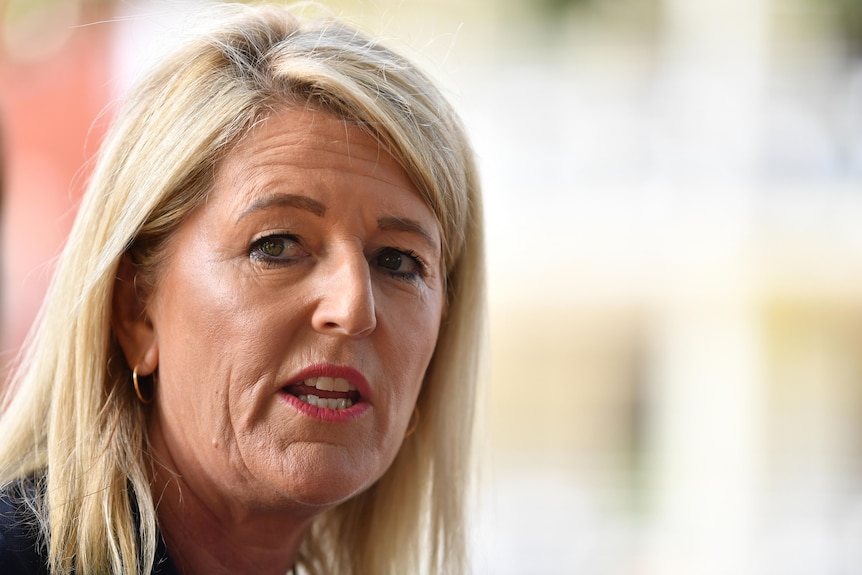 After raising concerns with Toplace, a team of construction managers from the company provided ABC News with a tour of the basement showcasing recent "remediation" work.

It included a series of metal plates bolted between concrete slabs in the shared basement beneath the towers.

A Toplace spokesperson completely rejected allegations of structural problems and said aside from "aesthetic defects," the buildings had no other issues.

"We have opened the building completely to inspection by the ABC," they said.

"The building has been subject to unfounded and malicious allegations.

"The building has been found to be entirely sound and built to a high standard.

"Issues were first raised in January 2020. Many of the units at the complex have been sold off-the-plan.

They said one engineering firm sourced by Toplace had previously given its own tick of approval over the remediation work, while another company provided a peer review.

"Remediation work occurred from January 2020 and were completed before 22 February 2021.

"Sign-off has been provided by the relevant authorised consultants/contractors for all elements of the site without issue.

"On that basis there are no issues across the site."

Toplace said the photos sent to MPs depicted expansion joints "designed into the building to permit the slabs to move as the concrete expands and contracts."