Your guide to buying the perfect investment property: Young investor, 28, who bought her first block of land when she was 21 reveals why it's ALWAYS better to build rather than buy a home 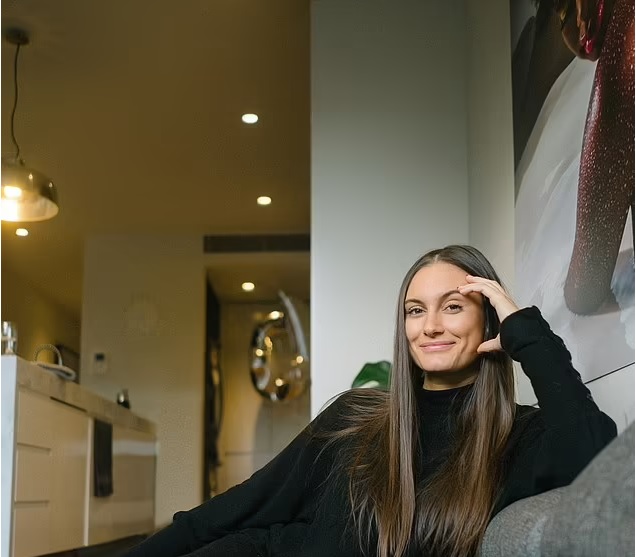 Your guide to buying the perfect investment property: Young investor, 28, who bought her first block of land when she was 21 reveals why it's ALWAYS better to build rather than buy a home

Alex Fitzgerald purchased her first investment property when she was 21 and is inspiring other young people to get into the market.

An investor who purchased her first block of land at 21 is inspiring other young people to get into the market by building their first home rather than buy an existing property.

Alex Fitzgerald, Acquisitions Manager for property investment company Custodian in Melbourne, told Daily Mail Australia she has always been taught to buy a house and land package by her father, as the land component is the 'best asset you can own' as it will increase in value over time.

For this reason, she recommends building a new house over purchasing an existing property because it 'de-risks' the investment and limits the reoccurrence of maintenance costs.

Last September Ms Fitzgerald, now 28, bought her fourth block of land in greater Melbourne to build a new home to rent out to tenants. 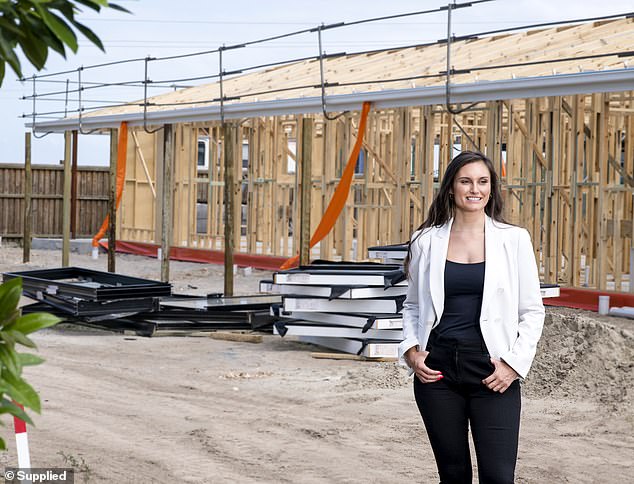 Ms Fitzgerald, now 28, told Daily Mail Australia the land component of a property is the 'best asset you can own' since it will increase in value over time.

According the Ms Fitzgerald, building a home is better than purchasing an existing property because the buyer will be the first owner of the property and will be able to avoid or limit the amount of reoccurring maintenance costs.

'As a young person, you want to make sure you're not paying surprise bills for an old home,' Ms Fitzgerald said.

'Building a new home means you will be the first owner of that property and newly renovated homes are also easier to rent out to tenants.'

But prior to buying the land, it's vital to consider the potential value and growth potential of the suburb or region and whether it will be appealing to renters.

'Land is what increases in value so this is the most important part of your purchase. Most people start by picking their house, whereas that is exactly the opposite of what they should be doing,' she said.

'You should be steered by what you can afford but consider the lifestyle aspects too, is it close to transport, amenity and schools?' 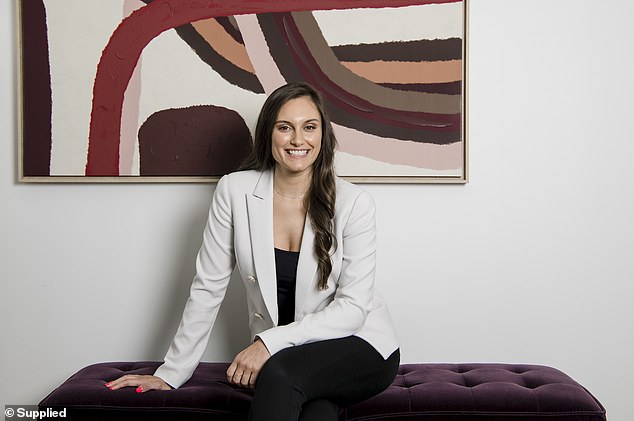 According the Ms Fitzgerald, building a home is deemed paramount compared to purchasing an existing property because the buyer will bet he first owner of the property and will be able to avoid or limit the amount of reoccurring maintenance costs.

Ms Fitzgerald bought her first block between Queensland and Brisbane for $220,000 with assistance from her dad John Fitzgerald, who's a property expert, and said the build took up to seven months to complete.

During the construction process she was living in Queensland with her parents and said the build took place in a location where infrastructure, jobs and overall population was growing.

'I had to sacrifice a bit of time to commit myself to the end goal, but I had a good advantage of still living at home and saving as much as I could,' she said.

'Luckily for me he did, under the condition that I pay him back over two years with five per cent interest.'

The property became a four bedroom, two bathroom house that was 'appealing to renters' as it was a new house in a decent location. 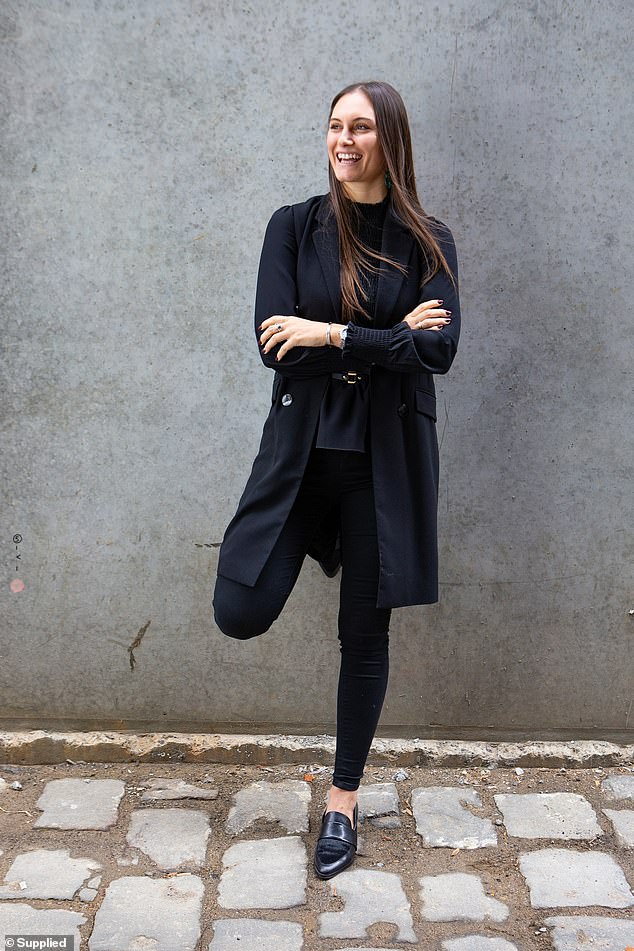 'Land is what increases in value so this is the most important part of your purchase. Most people start by picking their house, whereas that is exactly the opposite of what they should be doing,' she said

Of her four proceeding properties, two of which are located in greater Melbourne and the other in greater Brisbane, only one was a pre-existing home.

'The strategy was the same every time - to buy in an affordable location, secure the block of land and build a brand new house in a high-growth area,' she said.

'It can be hard to do, but you need to learn to strip away emotion because your first property will never be your dream home.

'The hardest part is saving for the deposit, there's no sugar coating it, it's definitely not easy,' she said, adding: 'But once you've done that, you're in.'

The advantages of building a home compared to buying:

1. You are the first owner - any problems, maintenance issues and short-term problems can be fixed by speaking to the builder

2. Limited surprise bills - as a young person you won't want to be putting money towards occurring maintenance costs - such as leaking taps, holes in the roof, etc.

3. Higher rental price and easier to rent to tenants 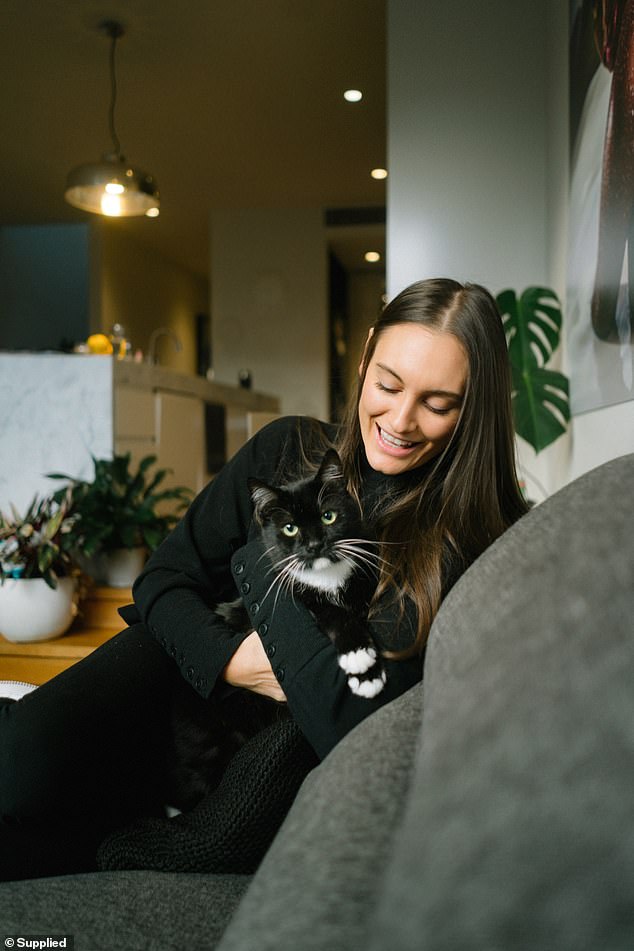 Of her four proceeding properties, two of which are located in greater Melbourne and the other in greater Brisbane, only one was a pre-existing home.

Ms Fitzgerald said how there is a differences between 'rentvestors' and 'first home buyers.'

'Rentvesting' is currently a growing investing strategy in Australia where buyers choose to rent in a suburb they can't afford to buy, but invest in a property elsewhere - such as rural locations or a different state.

According to realestate.com.au, this allows buyers to 'get the best of both worlds' without compromising their lifestyle.

Whereas first home buyers need to live in the property purchased for six to 12 months to be applicable for certain grants.

But Ms Fitzgerald said living in the property for 12 months 'not much to sacrifice' to be applicable for grants, even if the property is an investment.

'The financial incentives on offer at the moment for first time buyers are huge - it's a free kick, all of these grants, so why not use them,' she said.

'Rentvesting' is a tactic that sees buyers rent a property where they want to live and buy an investment property in a suburb they can afford.

The trend is currently increasing in Australia.

Rentvesting is a way forward for people who want to break into the property market, without sacrificing their lifestyle.

With rentvesting, investors can get the best of both worlds because they can afford to rent where they want to live and put their 'spare' funds to work by buying elsewhere. 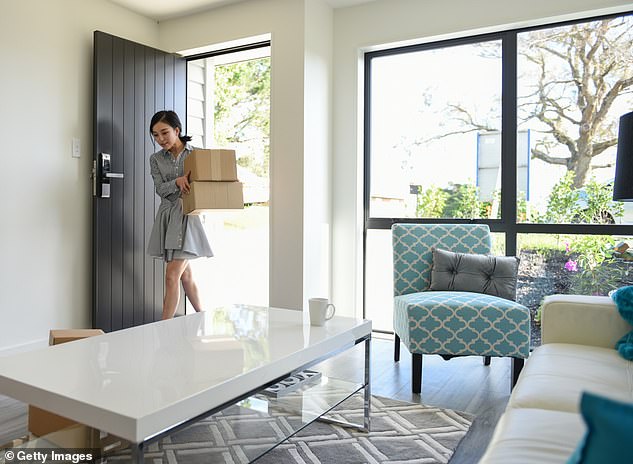 By sharing her knowledge on investing, Ms Fitzgerald hopes not only other young couples will consider buying, but women too.

'I want to see more women who might not be in relationships consider their financial situation and not feel discouraged getting into property,' she said.

'My best advice is to find a mentor - someone who's an expert in the field and knows what their doing, rather than seeking help from a friend or family member.'

Ms Fitzgerald suggests speaking to a financial advisor, mortgage broker or third party employee rather than going straight to the bank.

Depending on the state or territory, buyers might be eligible for the First Home Owner Grant (FHOG) scheme that was introduced on July 1, 2000.

A one-off grant is payable to first home owners that satisfy all eligibility criteria.

A $10,000 First Home Owner Grant (FHOG) is available when you buy or build your first new home.

Your first new home can be a house, townhouse, apartment, unit or similar. The amount paid for the home, that is the contract price for construction when building the home, must be $750,000 or less.

If you are a first home buyer you may be eligible for the first home owner grant of up to $15,000, if you are:

Buying or building a new home (including a house, flat, unit, townhouse or apartment) in South Australia; and that home will be your principal place of residence.

The Australian Government has announced a grant of $25,000 for eligible owner-occupiers to build a new home or substantially renovate an existing home.

The HomeBuilder grant is funded by the Commonwealth Government and administered in the Northern Territory by the Territory Revenue Office (TRO).

The Australian first home buyers grant or scheme are subject to the laws in each state and territory.

A $10,000 First Home Owner Grant (FHOG) is available when you buy or build your first new home.

To qualify as a first home buyer, you must be purchasing the first home you or your spouse have owned or co-owned in Australia, although there are some exceptions.

You must also move into the property within 12 months, and live there for at least six continuous months.

The grant is paid per new home; not to each of the applicants for the same home.

The grant is $10,000 or the consideration paid to buy or build the house if less than that amount.

If you are a first home owner, you may if you are purchasing or building a new home.

From 1 July 2019,  more home buyers in the ACT will pay no duty, and they will have more freedom to buy the first home that's right for them.

​​A new home is a home that has not previously been occupied or sold as a place of residence and includes kit homes.