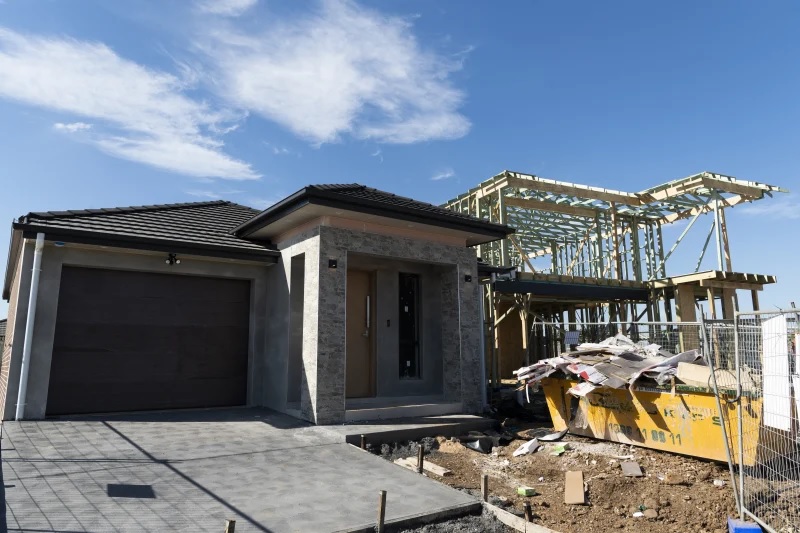 Builders say they are being hampered by lengthy and costly delays due to a perfect storm of global and local events.

A shortage of building materials including timber, bricks and windows has led to costly delays for renovations and new homes.

A construction boom spurred by people investing in home renovations instead of overseas holidays, a worldwide shipping container shortage and the black summer bushfires' destruction of softwood plantations has fuelled demand for materials and created supply issue, according to the Master Builders Association of Victoria.

Michael Ellett, a franchise owner at GJ Gardner Homes in East Gippsland, said a four bedroom house that previously took four months to build was now taking between six and 12 months to complete.

"We could have a house sitting there for two to three months with just a slab and nothing happening because we are waiting for frames," he said.

Mr Ellett is building twice as many homes this year compared to last year but will make the same amount of money.

He said he's losing money on all the 60 homes his company is building due to unforseeable material price increases that were not factored into customers’ contracts. He's also having to hire fencing, skips and portable toilets for longer periods of time.

"It's hard to explain to people that during a building boom builders are going bust," he said. "I'm a reasonably sized builder and will be able to ride this out but I wouldn’t be surprised to see some builders going bankrupt."

"We urge our members to work closely with clients to discuss alternative time frames and we also strongly advise customers to plan for price increases," she warned.

Raw timber is in particularly short supply and builders are no longer being provided with estimated delivery dates due to suppliers not knowing when stock is arriving. The cost of domestic framing timber has increased by 20 per cent. 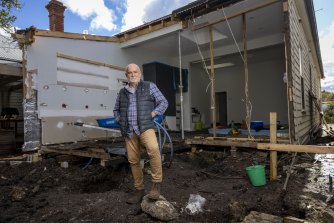 Bevan Uren, a builder and owner of BCT Group in Seddon said delays have blown out for key building materials.

Builders are having to wait 16 weeks for laminated veneer lumber, which is a high-strength engineered wood product used for structures, up from around a 1½ week wait before the pandemic.

Bevan Uren, who owns building and design company BCT Group, which undertakes home renovations in Melbourne's inner west, has switched from using timber in frames to steel to avoid cost blowouts and delays. But he said it was now becoming more difficult to source steel due to demand, along with other key building materials.

He said the pandemic had spurred a boom in renovations, with people investing the money they previously spent on overseas holidays on improving their living conditions.

"Everyone is at home and finding issues with their living arrangements," he explained.

He said this boom was due to the government's Home Builder Scheme-which provides $25,000 grants for new home builds or significant renovations-low interest rates and a population shift to regional areas.

He expects demand for timber to level out within the next six months.

"Delivery times of four to 12 weeks are now fairly common," he said. "Builders need to manage that scheduling better than they have in the past because of the constraints on materials."

The Victorian government has asked the Commissioner for Better Regulation to look into the issue of construction material shortages and will consider its advice.

Assistant federal treasurer Michael Sukkar said the Morrison government was investigating how it could help address the issue, including facilitating additional timber supply through sawmills.

"Some ... sawmills are almost exhausting their supply of timber," he said on Friday. "If there's ways in which we can facilitate or help them get that supply then they'll be able to continue feeding into the market."