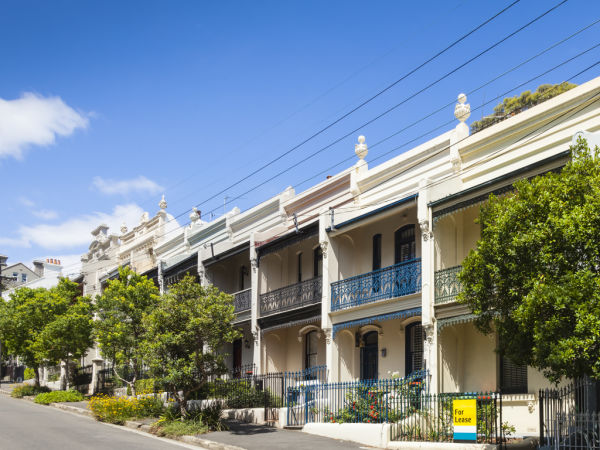 Home owners are out-earning some of Australia's top professionals, with rapid price growth seeing house values climb by more than $1000 per day in some cities.

Houses are out-earning some of Australia's top-paid professionals, with price growth in some cities outstripping the income of surgeons, psychiatrists and chief executive officers.

Houses in both Sydney and Canberra earned more money over the past quarter than most of the top-10 earning occupations in Australia, with median prices jumping by more than $1000 a day in both cities.

Meanwhile, the average full-time worker would need to save almost half their earnings to even keep their deposit in line with house price growth.

In Sydney, the median house price jumped almost $107,000 over the quarter or about $1175 per day, to a record median of $1,410,133. That is more than a surgeon or anaesthetist -the nation’s top occupations with an average taxable annual income of more than $380,000 - could earn over the same period, according to the latest figures from the Australian Taxation Office.

The median house price in Sydney jumped almost $1200 per day over the June quarter.

It also topped the incomes of internal medicine specialists and financial dealers on respective incomes of almost $305,000 and $276,000 as of the 2018-19 financial year.

APAC economist Callam Pickering said record-low interest rates, increased savings and household incomes - largely off the back of fiscal stimulus due to the pandemic - had seen property prices rebound and grow to new heights at a time of low wage growth.

Mr Pickering expected wages growth, at about 1.5 per cent, to improve in the year to come, with the employment rate - now at 4.9 per cent - at its lowest level since 2010, and likely to fall further still. However, he noted the latest lockdowns could prove problematic for both the jobs and property market.

Even in the nation’s top-earning postcodes, house price growth typically outstripped the average income. In Sydney's Dover Heights and Northbridge, house prices climbed by more than $1 million, more than six times the average income, meanwhile in Portsea on Victoria's Mornington Peninsula, houses made more than double what locals earned, and properties in Perth's Cottesloe made almost double the local income.

Of course, the rapid price gains have well and truly outstripped the average taxable income of about $62,550 even in more affordable suburbs like Sydney's Denham Court and Richmond, and Melbourne’s Frankston North and Albanvale, an average earner would be unable to compete with house price growth.

Mr Pickering said low rates were likely to push prices up for another year or two but also kept a lid on mortgage repayments. The biggest challenge for first-home buyers continued to be saving for a deposit, he said but noted the subdued price growth seen in the unit market meant apartments remained more within reach.

"The question is how high prices can go before raising the deposit becomes too difficult for first-home buyers," he said.

Even full-time workers who have been looking to get into the market for some time would find it virtually impossible to save enough money to maintain a 20 per cent deposit.

A buyer wanting to save a 20 per cent deposit on the national median price of $995,927 would need to save $10,491 more than was needed in the March quarter. That’s almost half of a full-time worker’s average salary - $1712 per week according to the latest seasonally adjusted figures from The Australian Bureaus of Statics - over the quarter.

Economist Cameron Murray, a research fellow in the Henry Halloran Trust at The University of Sydney, said houses had out-earned workers in Sydney for much of the past five years, based on capital gains and rental income, and nationally for several years leading up to the global financial crisis.

Despite rapid price growth, access to cheap credit meant buying a home was still more affordable than renting, once a deposit had been saved, in many parts of Australia, Dr Murray said. He expected house prices in Australia and globally would continue to rise for a couple more years off the back of record-low rates, increased household savings, and economic stimulus measures amid the ongoing pandemic.

While first-home buyer activity boomed over the past year, Dr Murray said rapid gains meant many were forced to turn to the bank of mum and dad for funds or a guarantee, or borrow with a smaller deposit, to keep up with price growth.

The strong gains offered by houses were why so many Australians were prepared to borrow to their maximum to get into the market also soon as they could, Dr Murray said, as money in the bank could not keep up with house price rises.

"So, many buyers right now are willing to leverage to the max and pay anything. . . because waiting is worse than buying at a high price today," he said.