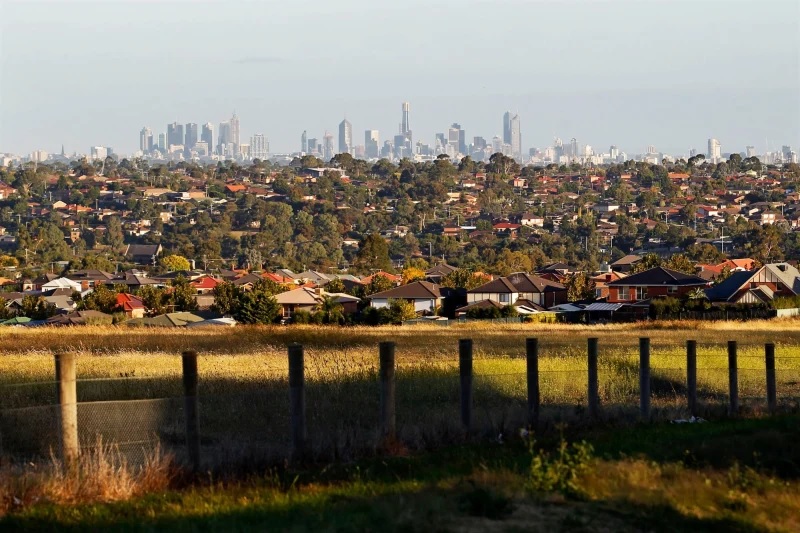 Melbourne's population is predicted to boom in outer suburbs.

The population of Melbourne's fringe suburbs will grow by more than 900,000 people in the next 30 years, leading Victoria's independent infrastructure adviser to urge sweeping reforms to housing, transport, and energy use.

Infrastructure Victoria's 30-year blueprint says that the state's population will be 10.8 million by 2051, up from about 6.6 million today. Population growth, as well as working from home arrangements, are set to drive more people away from Melbourne. Planning in the next 30 years will also need to address climate change.

Among the 94 recommendations in the state’s infrastructure blueprint are calls for two major underground rail tunnels in the CBD, historic investment in social housing and a shift away from gas connections to households. All up, the reforms would cost $100 billion.

Here are the key takeouts:

But these areas, which had a combined population of 223,000 in 2018, will be home to an extra 930,000 people by 2036. Their growth represents 40 per cent of all growth in the state. Melbourne's outer-northern and western suburbs are expected to attract more than 800,000 new residents over the next 30 years.

COVID-19 will exacerbate these pressures. People working from home will move further out, with an extra 55,000 people set to move to the outer and growth areas by 2036 due to the pandemic.

The opposite is set to occur in Melbourne's inner areas. When compared with pre-pandemic forecasts, the city will see a 3.6 per cent drop in expected growth.

But the CBD will continue to be home to the majority of new jobs created. Those still commuting to the city will travel longer distances and better transport connections to the city will be needed.

Change in population v base case 2036 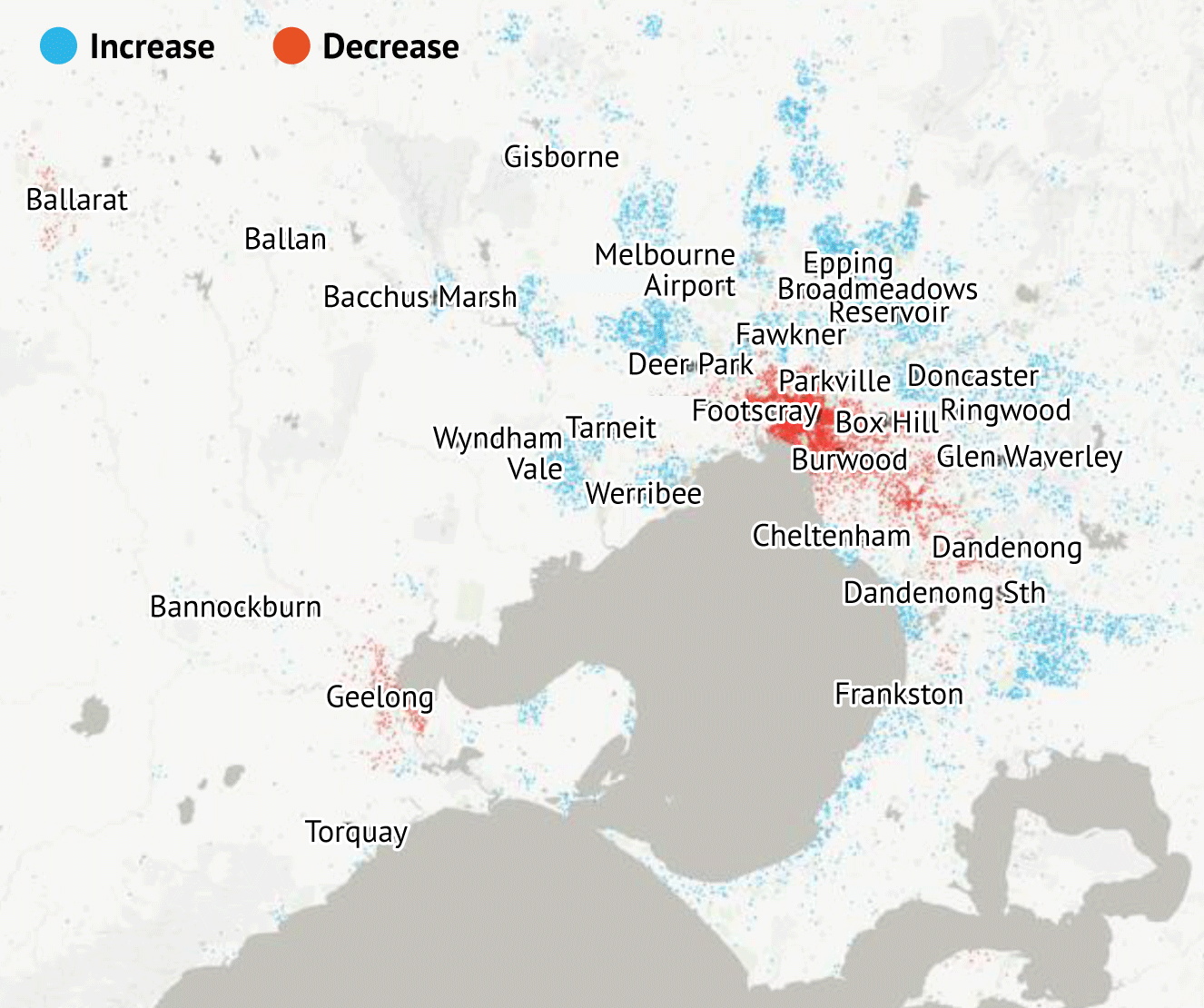 Victoria should stop the sale of new petrol and diesel vehicles by 2035 to reduce greenhouse gas emissions and encourage more people to buy zero-emissions cars, the adviser finds.

This will not only significantly reduce emissions and help the state to reach its net zero target by 2050, but also save millions of dollars each year in health and environmental benefits.

The government should avoid anything that would expand the state's gas transmission network and amend planning regulations to make it clear that new housing estates do not need to be connected to gas.

An unprecedented boost to social housing that is over and above the Andrews government's historic $5.3 billion investment to build 12,000 homes is needed, the adviser recommends.

Despite the extraordinary "hit of sugar" that the government policy will deliver, Infrastructure Victoria chief executive Michel Masson says an additional 3900 to 4900 new homes a year will be needed by 2031, requiring an investment of between $6.5 billion and $16 billion.

The advisory body wants 4.5 per cent of all homes to be social housing, in line with the national average, up from just 3.2 per cent.

The state's ageing and rundown public housing should also be rapidly redeveloped within the next 10 years at an additional cost of $1.5 billion to $2 billion.

A new underground rail line, the Melbourne Metro 2, will be key to improving connectivity to the city, according to Infrastructure Victoria.

A business case for the link between Newport in the inner-west with Clifton Hill in Melbourne's inner-north via Fishermans Bend and the CBD is recommended within five years.

A proposed underground rail line connecting Newport with Clifton Hill via Fishermans Bend and the city.

Metro 2 is the second stage of the #13.7 billion Metro Tunnel - the major rail tunnel being built beneath the city. "If you've started refurbishing your kitchen, you're not going to start halfway, you're going to finish the job," Mr Masson said.

The rail line - which would be built in addition to the $50 billion Suburban Rail Loop - would take pressure off overcrowded Werribee and Wyndham Vale lines in Melbourne’s west and boost capacity to lines running through Newport and Clifton Hill.

It would make it possible for electrified Geelong trains to use the new tunnel at Southern Cross, meeting demand on the line over the next 30 years.

A $6-$7 billion reconfiguration of the City Loop is a "no-brainer" transport project that should be built from 2025. Mr Masson says.

The project would see two short tunnels built beneath the city, from Richmond to North Melbourne.

The tunnels will be a fifth of the tunnel length of the $13.7 billion Metro Tunnel, yet the upgrade would create two-thirds of the Metro's capacity uplift.

New cross-city tracks - which rail experts have long called for - would allow more trains to pass through the city, rather than travelling around the loop.

It would separate the busy Craigieburn and Upfield lines which would otherwise share a single loop track, so disruptions on one line would not impact another. The same goes for the Belgrave, Lilydale and Glen Waverley lines, allowing for more frequent and reliable services.

A business case should start within two years, the adviser says, and construction must begin immediately after the Metro Tunnel is finished to avoid major disruptions.