Southern developers make a beeline for the Gold Coast 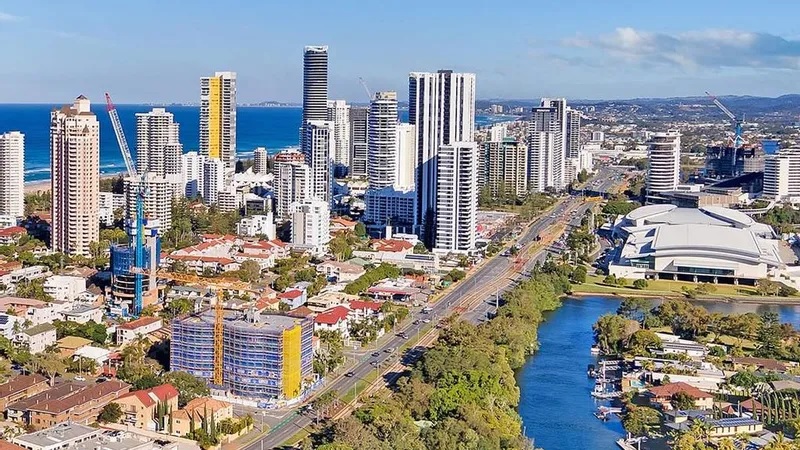 Southern developers make a beeline for the Gold Coast

Palm Beach has become a hotspot for interstate developers.

A raft of Sydney and Melbourne developers are snatching up landholdings along the Gold Coast's middle and southern beaches, as demand for high-end apartments in the region grows.

With 12,000 Victorians and 18,000 Sydney-siders last year fleeing north in pursuit of a better lifestyle post-pandemic, developers are now following suit with the hopes of capitalising on what is becoming an ever growing demand for housing in the region.

Antonio Mercuri, director of GV Property Group, which has been involved in several recent transactions, said it was no surprise that the Gold Coast had caught the eye of forward-thinking interstate developers.

"Not only does the Gold Coast offer developers an opportunity to transform beachside sites, but the area also offers incredible value," Mr Mercuri said.

"The pandemic has also caused a dip in interest from international developers, which has opened the market for more interstate buyers. With the Gold Coast undergoing regeneration, developers can afford to push project boundaries further than they would in their home states.

"We look forward to see how the developers draw on their own cities to bring fresh design approaches and diversity of product to the local area."

At present it is the middle and southern Gold Coast suburbs of Palm Beach, Broadbeach and Coolangatta that are attracting the bulk of the interest.

"We've witnessed insatiable appetite from buyers locally and from the southern states snapping up apartments off the plan at very buoyant rates and volumes, which gives us great confidence to be trading in the Gold Coast market," Mr Adamsons said.

"With overseas travel likely to be restricted for the foreseeable future, we believe that the Gold Coast real estate market will shine as an attractive destination to live and invest," he said.

An artists impression of Villea being developed by Sydney’s Abadeen Group.

He said the influx of interstate developers looking to acquire sites on the Gold Coast was probably the biggest key factor in the industry at present.

"A lot of the biggest commercial real estate transactions that are happening have been development-type sales and we would expect that to continue," Mr Johnson said.

The development site bought by BeckDev at 31-35 Mclean Street, Coolangatta.

The Palm Beach site bought by a Melbourne developer.