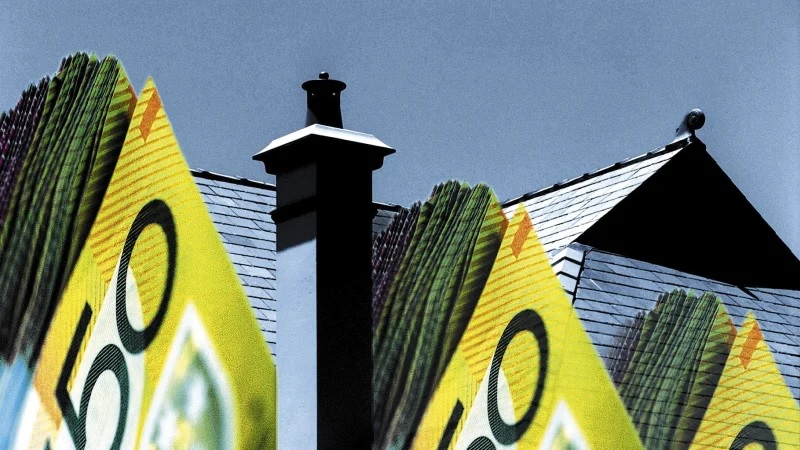 Properties are being withdrawn from auction, but prices tipped to keep rising, but a slower rate.

Ongoing lockdowns in Sydney and Melbourne have hit property auctions in our two biggest cities, but most experts do not expect to see an end to the prolonged boom any time soon, though price rises are likely to slow.

Preliminary figures from researcher CoreLogic show that almost two-thirds of auctions scheduled in Melbourne during the week ending last Sunday were withdrawn, contributing to a clearance rate of a paltry 35 per cent.

However, in Sydney, sellers were still out in numbers, albeit with about 12 per cent of planned auctions pulled from the market. The city, nevertheless, produced a strong clearance rate of almost 83 per cent.

One likely reason for the big difference in clearance rates is that, in Victoria, in-person inspections are banned during the government's extended lockdown and can only be conducted remotely.

Meanwhile, in New South Wales, private inspections are permitted by appointment but are limited to one real estate agent and one buyer at a time.

In-person auctions are banned during the lockdowns in both states, with all sales conducted online.

Sydney prices have jumped about 1.6 per cent in the past month - despite the city being in lockdown for more than two months - and have soared more than 20 per cent over the past year.

Auction clearance rates are usually a leading indicator of house prices, yet there still appears to be plenty of demand from buyers. That is being driven by record-low variable mortgage interest rates and fear of missing out by wannabe owner-occupiers.

However, property prices in our two largest cities could soon be hit by affordability constraints. Though that is already occurring among first-home buyers who, while still active, are not coming into the market in the same numbers as at the start of the year, the higher prices do not appear to be constraining upgraders.

Shane Oliver, chief economist at AMP Capital, believes property prices nationally may rise another 5 per cent in the remainder of the year, taking the gain over the full year to about 20 per cent, with a further rise of 5 per cent in 2022. However, he says the recent lockdowns have increased uncertainty over what property prices may do.

Meanwhile, ANZ economists are forecasting national property prices to rise by more than 20 per cent in 2021, regardless of the latest round of lockdowns. They have pencilled-in a rise in Sydney prices of 23 per cent during this calendar year and 20 per cent for Melbourne.

Even in Melbourne, where the clearance rate had been hit the hardest, prices are still holding up well, she says.

ANZ expects house prices across the capital cities to rise by 7 per cent next year and a further 3 per cent in 2023.

Westpac analysts are forecasting dwelling values to rise by 5 per cent next year, followed by a drop of 5 per cent in 2023.