Buying a home can feel impossible. Here are alternative ways to get into the housing market 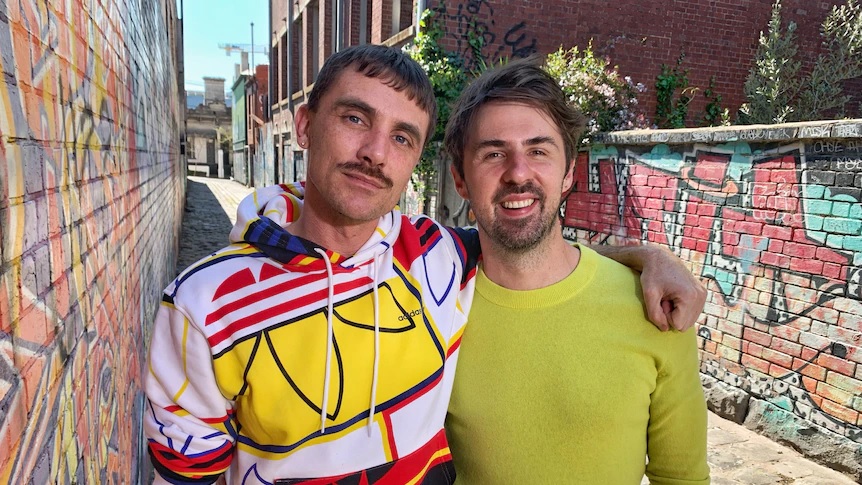 Buying a home can feel impossible. Here are alternative ways to get into the housing market

Nic and Chris are trying a rent-with-option-to-buy option in their home city of Melbourne.

Hands up if you're sick of being locked out of the housing market right now.

If you've been paying attention, then you'll know that in the past 12 months alone prices have gone up by an eye-watering $100,000.

That's enough for most of us to throw in the towel and go on renting forever.

Well, just hold up a bit. There *are* some other options out there for you.

We spoke to three people who tried three different methods of getting into the housing market.

And spoiler alert: none of them involved waiting for an obscure great-aunt to pass away.

What if you can't live where you buy?

Alex McLean, a single mum with a toddler, bought a block of land in regional Victoria 10 years ago. She managed to scrape together a $5000 deposit for the $62,000 purchase. Alex is a single mum who's always wanted to invest in a home to secure her future.

A couple of years later, when the value increased, she used the equity to borrow an extra $130,000 to get a small, prefabricated house built and installed on the block.

"As a single parent with a young child, I knew I didn't have time to build a place myself. This was affordable and a very smooth process," she says.

Life and work eventually took Alex back to Melbourne, but she decided to hold on to her house because buying in the city was simply out of reach for her.

Alex describes herself as an "accidental" rentvestor - that is, someone who has purchased a property to rent out while they rent somewhere else.

For Alex, rent-vesting allows her to live where she wants while still having the financial security of owning a property.

"If I didn't have that house and I was moving back to still be renting in Melbourne, I think things would feel pretty dire," she says.

While it works for Alex, it's not a good fit for everyone.

Financial adviser Debbi Lin says buying a property to rent out just to get a foot on the ladder can be risky.

Sure, there are lots of tax deductions for landlords (you can deduct the interest you pay on a mortgage, and property management fees, rates etc), but you need to actually have the money to cover the cost of running two households.

"It's a single, very expensive asset that is not liquid, it can take a long time to sell, and it has very high transaction costs like stamp duty and legal fees," she says.

"There needs to be a long time frame to regain those very high costs, and when yields on a property are 1 to 2 per cent a year, and [purchase] prices are high, that's not a very good investment."

You'll also need to pay capital gains tax if you sell the property, unless you have lived there for at least a year.

"There is a lot of FOMO (fear of missing out) at the moment. I've had to get clients out of debt because they had an investment property that went bad," she says.

"It will happen again and it'll only take interest rates going up to really hurt people."

For people on a lower income, it's not.

"Negative gearing means the expenses for your property are costing you more than what you are making from it. Yes, you may be able to offset against other taxable income like your salary or wages, but you are losing money. Who buys an investment to lose money?" she says.

For Alex though, she can prepare for her future.

"I'm a single mum and I earn very little money. In terms of future retirement planning, having a house is really everything to me," she says.

What if you're single?

Not having a partner can make things even more difficult when it comes to entering the property market.

Unless you are flexible on who you pool your resources with.

Gemma Hardie, who bought an apartment with her sister Olivia five years ago, was able to get the loan from the bank because of their combined incomes.

It's called a joint mortgage. Gemma (right) and her sister went in together for a mortgage on an apartment.

"There was a bit of apathy on my part. I was fairly uneducated at that point about how it would go, but I was happy to help my sister out so she could live in the property and I could get started with ownership," Gemma says.

She says it was great to get a foot on the property ladder - but that's all it was for her in the end.

Gemma is now at the point where she wants to buy a house with her partner, but her sister wants to hold on to the property.

She can't use the equity in the apartment to buy a new house unless her sister is also named on the new mortgage.

"I'm still quite apathetic about it, but if it was a sticking point it could cause tension," she says.

So, would she recommend buying with a friend or sibling?

"If you can live in it, but not as an investment."

Buying a house with a friend does work for some people, but buyer's agent Michelle May says everyone needs to be on the same page.

And you should always get legal advice and have a written agreement with the other purchaser.

"The pitfalls are that we don't think enough about the potential hurdles along the way, and I think you really need to get that in writing so there is no grey area further down the track," she explains.

Some young people have the option of turning to their parents for help (known as the bank of mum and dad).

In this instance, the same rules apply.

But Michelle has a word of warning.

"Just because it's family, doesn't mean it won't turn sour," she says.

Nic Holas and his partner Chris Cheers are moving into a "rent-with-the-option-to-buy" housing development, by Assemble Communities, in Melbourne's inner-city suburbs. Both Nic and Chris wanted to find a way to eventually buy their own place.

"I thought the dream of buying a house was out of reach for me."

Under this particular model, residents agree to pay rent over a five-year period at a set market rate and lock in a purchase price before the development is built.

After seven years (a two-year build, plus five years renting) they can buy the apartment at the agreed price or end the contract and move out.

However, the money they've paid in rent does not go towards the purchase price. For context, prices range from around $460,000 for a studio apartment to $1 million for a three-bedroom apartment.

While the model might not be for everyone, Nic says knowing he could buy where he's renting will give him the housing stability he's been looking for.

"We'll need that time to save anyway, and our deposit will be for a 2021 [apartment] price" he says.

He also likes that they can try before they buy.

"Having a beautiful apartment that we already know and love that we've been living in will be amazing.

And if the market crashes during the lease period, they can take their savings and buy elsewhere.

The development Nic is involved with has been approved by the Victoria government.

In that state, rent-to-buy developments are heavily regulated because some buyers have been ripped off.

But that's not the case in every state.

Typical rent-to-buy projects allow you to pay rent and other fees over a set period, with the money going towards your deposit.

But there's a catch. If you decide not to go ahead with the purchase, you lose your money.

Gerard Brody from the Consumer Action Law Centre, says any rent-to-buy or "vendor terms' developments for sale should be thoroughly investigated and legal advice should be sought.

"If people are misled in any way about the nature of a deal, or they're taken advantage of, that is unconscionable conduct and will breach national consumer protection law no matter where you live," he says.

Nic agrees that doing your homework before signing any contract is important, particularly when younger Australians have little choice but to look for new ways to secure long-term housing.

"The scales are so unbalanced for my generation and younger to enter the housing market," he says.