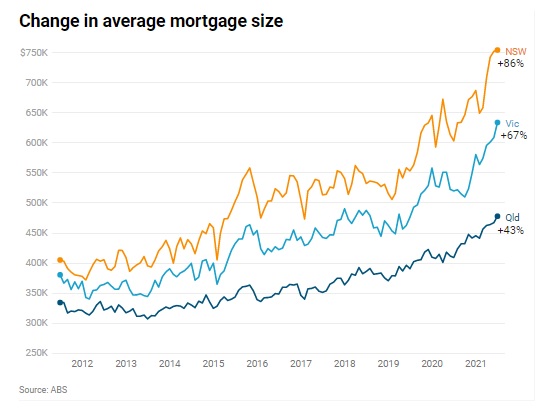 The average new mortgage to buy an established house in WA has soared by almost $50,000 in two years amid a nationwide glut of home lending.

The rapid increase has raised fears our obsession with pumping money into real estate may hurt Australia's long-term living standards.

As Perth's median house price climbs by almost $260 each day, economists have warned future wage increases will be lower because so much money goes into bricks and mortar and holds back investment in businesses or life-changing technological advances.

The Reserve Bank resumed cutting official interest rates in mid-2019 in a bid to get the economy expanding faster to drive down unemployment and push up wages growth.

The advent of the coronavirus pandemic last year forced it to cut rates to a record low of 0.1 per cent while starting a quantitative easing program, which has pumped more than $200 billion into the financial system.

The average mortgage has grown in every state and territory since that period of rate cutting. 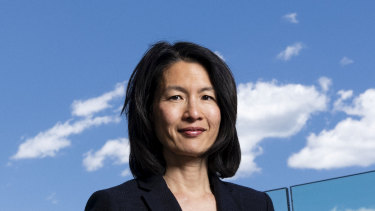 The mortgages have been needed to deal with house prices that have soared, especially since the middle of last year.

It’s that leap in mortgages, being funnelled into the property market, that has economists worried.

RBC Capital Markets managing director Su-Lin Ong said a huge amount of capital was being driven into housing instead of more productive pursuits by low-interest rates, government incentives and the tax system.

She said while construction was a key part of the economy, it did not employ as many people as the professional and scientific sectors.

Banks found it much safer, and easier, to hand over hundreds of thousands of dollars to people to buy an existing home rather than sinking it into a new business.

"You can apply for a home loan on an app, but it's a hundred times harder for an SME to get a loan," she said. "From a bank's point of view, it is a safer channel for lending. It's a much higher risk profile to lend to business."

Ms Ong said if more money went into research and development or innovative companies, there would be a long-term benefit to the country.

"It's a simple question of opportunity cost," she said. "What aren't we doing because we're putting so much money into housing?"

Earlier this year, the Bank for International Settlements, which acts as the central bank to the world's central banks, released research showing that while higher house prices delivered a short-term boost to economic activity via higher household consumption, longer-term productivity was actually lower.

In Australia, the Productivity Commission earlier this year found productivity growth in the decade to 2020 had fallen to its slowest rate in 60 years.

Stephen Anthony, chief economist with Macroeconomics Advisory, said without a lift in productivity, all Australians would suffer. 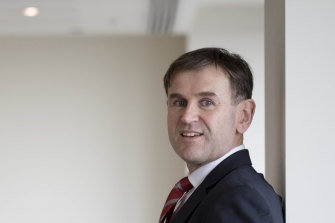 Macroeconomics chief economist Stephen Anthony says growth and productivity improvements will have to be driven by governments.

"If you want living standards to improve, if you want wages to increase, then you need an increase in productivity," he said.

Mr Anthony said both here and around the developed world, housing had become a Ponzi scheme that was being propped up by both central banks and governments.

He said with monetary policy totally exhausted, governments had to step up by putting in place policies that rewarded risk-taking and ensuring all their spending was done with an eye to efficiency.

"You need to stop the buckets of money that are leaking," he said. "That means making sure every dollar is spent properly, is doing what it's supposed to do. That means looking at decisions around health, around aged care, around hospitals - if you're going to spend money then do it wisely."