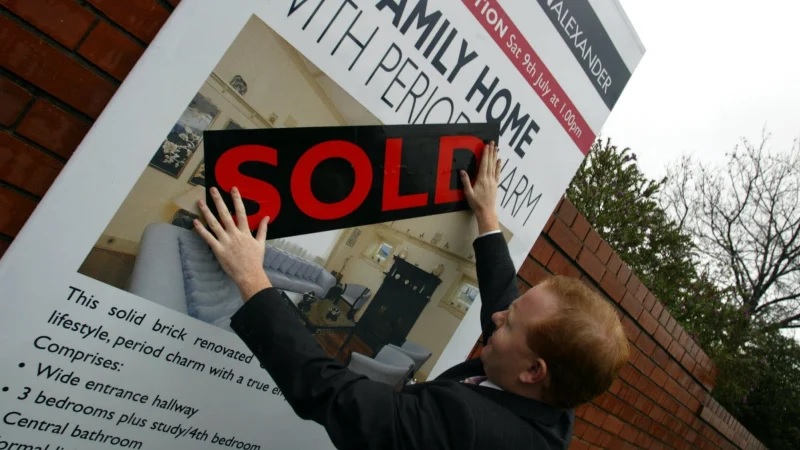 Growing house prices could pose a risk to the financial system if home buyers become too over-indebted.

Spiralling household debt tied to the nation's soaring property prices could pose a risk to the financial system, the Reserve Bank has cautioned as home values across capital cities continue to climb.

The bank's assistant governor for financial markets, Michelle Bullock, said on Wednesday the RBA was constantly assessing whether to tighten commercial lending standards to ensure home buyers did not over-stretch themselves due to "over-exuberance".

Official interest rates have been cut to a record-low 0.1 per cent by the RBA, which has argued they are unlikely to be increased before 2024 due to ongoing subdued wages growth and inflation.

In the 12 months to the end of August, house values as measured by CoreLogic had climbed by 26 per cent in Sydney, by 15.6 per cent in Melbourne and by 20.2 per cent in Brisbane.

The sharp rise in prices has led to a large increase in the size of home loans.

The average mortgage to buy an established house in NSW has jumped by 36 per cent over the past two years to a record high of $755,000 while it has increased by a third in Victoria to $634,000.

Ms Bullock told the Bloomberg Inside Track conference the RBA was carefully watching developments in the property market, particularly the growth in credit flowing into housing.

She said Australian households were by global standards carrying high levels of debt but at this stage there was little cause for concern. The issue was if they lifted that debt level.

"Even though the banks have strong balance sheets and lending standards are being maintained, there is a risk that in this environment, households will become increasingly indebted," she said.

"A high level of debt could pose risks to the economy in the event of a shock to household incomes or a sharp decline in housing prices."

The RBA has made no secret that it could use macroprudential rules - such as restrictions on types of lending - if it saw evidence of a threat to the financial system from soaring house prices.

Any change in lending standards would be driven by the Australian Prudential Regulation Authority which directly oversees the banking sector.

Ms Bullock said such rules, which were used in 2014 and 2017, were more likely to be targeted at risks around highly indebted borrowers.

"Tools that address serviceability of loans and the amount of credit that can be obtained by individual borrowers are more likely to be relevant," she said.

"Whether or not there is need to consider macroprudential tools to address these risks is something we are continually assessing."

The surge in house prices has continued despite lockdowns across Victoria, NSW and the ACT. So far this month, dwelling values in Sydney have climbed by another 1.3 per cent while they lifted by 0.5 per cent in Melbourne.

Data from the National Skills Commission on Wednesday show the national labour market, particularly in NSW, is starting to feel the impact of lockdowns.

Ads for skilled jobs fell by 5.6 per cent in August, the third-largest successive drop and the largest in 16 months.

Vacancies in NSW took the largest hit, tumbling by 9.2 per cent, while in Victoria and Queensland they dropped by 5.9 per cent. The ACT suffered a 9 per cent drop.

Since the advent of the latest lockdowns in June, national vacancies have fallen by more than 10 per cent.