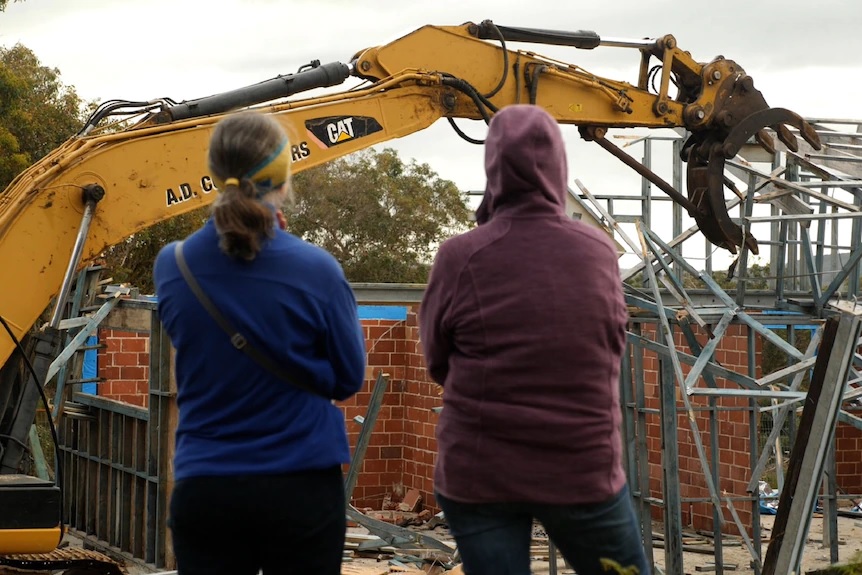 It's held up as the great Australian dream. And certainly for millions of Australians, owning a home is the biggest financial commitment they will make in their lives.

There were more than 200,000 housing starts approved last financial year

But for Mary Gee and Janet Macmillan, building a house has been nothing short of a nightmare.

"Horrendous," said Dr Macmillan, when asked to describe the experience.

"Today we're looking cheerful, but there are many days when you find it extremely difficult.

"For months, we didn't come to the house site because we couldn't bear to look at it - and that's a period of two years that we've been in limbo."

While their ordeal was attributable to some local laws, one of Australia's top construction lawyers said it was not unique to their home state of Western Australia.

Bronwyn Weir, who co-authored a landmark report into Australia's construction laws in 2018, said inadequate regulations were failing thousands of homeowners around the country every year.

And unless better consumer protections were put in place, thousands more would continue to bear the "extraordinary and astonishing" social and economic costs of shoddy builds, she said. Friends Janet Macmillan and Mary Gee say their building experience has been a "nightmare".

For Dr Gee and Dr Macmillan, the circumstances were all so different four years ago when they decided to build what they expected would be a "home for life" near Albany on WA's south coast.

The friends were still working at the time and had saved enough money to fund a reasonable budget for a house in which to enjoy retirement.

Yet not long after making the decision, they said the first signs of trouble began to emerge - even before a brick was laid.

Dr Gee claimed the contract was signed in a "high-pressure sales environment" where they had little time to read the wording.

Further signs emerged, she said, when work progressed at a snail's pace, only moving ahead when they "chased" the builder and made more payments.

But alarm bells began to ring about seven months into a supposed 12-month build when Dr Gee said the pour of the home's all-important concrete slab went awry.

According to Dr Gee, there were delays between deliveries of concrete that could jeopardise the integrity of the slab.

What's more, she said later inspections revealed fracturing where there was not supposed to be any, compromising the heated, polished and exposed concrete floor. 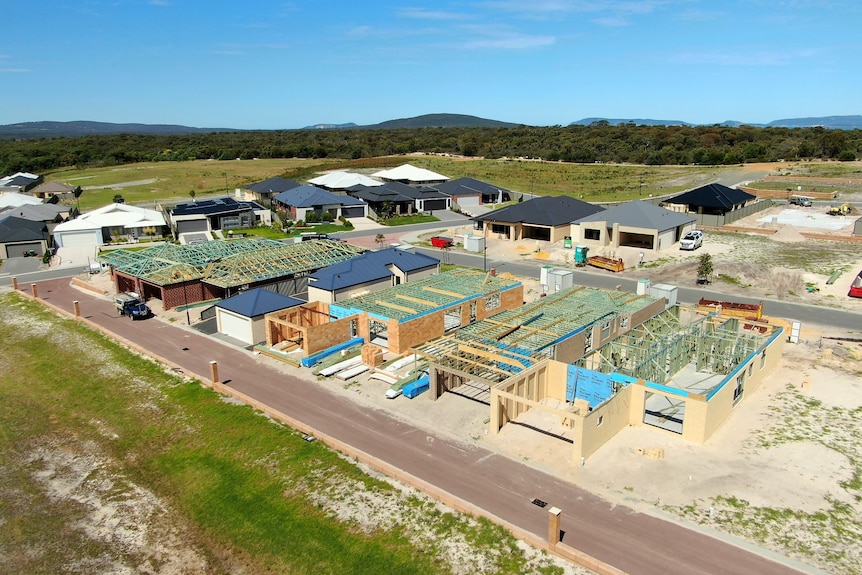 The following months brought more frustration and depression for the pair until they engaged a solicitor and put an end to work.

They said their case highlighted the pitfalls that could ensnare any consumer trying to build their own home.

"Had somebody with building experience come along at any stage of this build, they would have found one of these really visible things," Dr Gee claimed.

"I can only compare the high-pressure situation you're put into when you're signing building contracts with buying a car or something, which is nowhere near as much money in outlay."

Lack of inspectors 'a big problem'

At the heart of their concerns was the lack of an inspection and enforcement regime in WA, where Ms Weir said homes were often built without a single independent inspection taking place.

Ms Weir said while WA was a laggard in this respect, too often around Australia houses were built without sufficient arms-length oversight.

She said using private surveyors to carry out inspections - a system employed in many jurisdictions - was theoretically fine but, in reality, could be undermined by conflicts of interest.

"Because builders are often on tight budgets with low margins, there is a tendency for some of them to cut corners and there is no independent checking that occurs to make sure that doesn't happen," Ms Weir said.

"You're really relying on industry to do the right thing." Ms Weir, who co-wrote the Building Confidence report with former Department of Prime Minister and Cabinet head Peter Shergold, noted it was not all one-way traffic in the power relationship between builders and consumers.

She said builders were often prevented from passing on cost increases for materials - a particular problem for operators experiencing soaring prices themselves.

But Ms Weir said the overall balance was weighted in favour of industry, noting consumers unhappy with a build were often left with few options other than to sue the builder.

She said this was something that could take years, cost hundreds of thousands of dollars, and fail to deliver an outcome.

And she noted that in all jurisdictions, the maximum payout under government-run warranty insurance schemes was often "only a fraction of the cost to fix defects, especially structural defects".

"Basically, the insurance market said, 'We can't bear the risk of this industry', back in the early 2000s, and that's why we shifted to last-resort [insurance]," she said.

"We now find these schemes are underwritten by governments across Australia because the private insurance market just won't bear the risk associated with poor building work outcomes.

"And that's really quite telling. It means we have a broken system and we have had for a very long time."

Mr Gelavis said the MBA would keep an open mind on the prospect of mandatory inspections for residential building sites but wanted to know whether there would be cost implications.

He stressed that most builders were "doing the right thing" and could be relied on to ensure the quality of their work, noting complaints had fallen since 2015.

Educating consumers about their rights and responsibilities, such as understanding the terms of their contracts, was just as important as changing the law, he said.

"It is necessary ... for the regulator to ensure any such reforms take into account fully all other possible reform measures that can contribute to a better regulatory environment and enhance fair procedure for all parties," Mr Gelavis said.

With WA's building regulator understood to be looking at an expanded inspection and enforcement regime, Ms Weir said it was imperative all states had proper safeguards for consumers.

She said failing to act because of concerns about the costs of more inspectors was a false dichotomy.

"I actually feel very strongly that the cost to implement our recommendations is a fraction of the cost to the community and society that is coming from poor-quality building outcomes," she said.

"In addition to the simple fact that rectifying a defect will always cost a lot more than doing it correctly in the first place." Maximum payouts under warranty insurance are often a fraction of the cost to fix defects.

'Grateful' house was not finished

Remarkably, Mary Gee and Janet Macmillan watched the demolition of their unfinished home with a sense of relief.

Although they had spent much of their original budget, offset to a small extent by a maximum $100,000 payout under the WA home indemnity scheme, they were lucky enough to be able to build again with a different builder.

Still, the pair said they would be happy to put the experience of a bad build behind them.

"We're just grateful that this house wasn't finished, that we got out of it, we got the contract broken before the house was finished," Dr Gee said.

"But we know people who that's happening to, and these people are living in these houses."