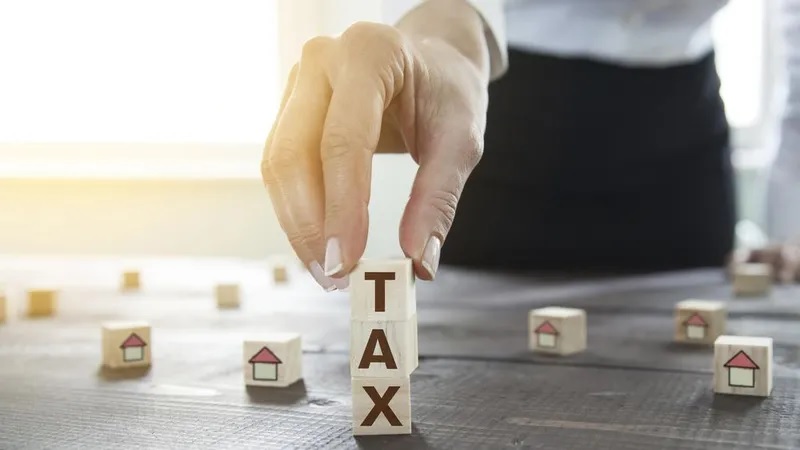 Australian stamp duty costs are "completely out of control" as 'bracket creep' is slashing the number of homes for sale and fuelling affordability issues, property experts claim.

A new report by the Real Estate Institute of Australia and SQM Research has found the percentage of Australian homes available to purchase has fallen from 4.5 per cent in 2008 to just 2.5 per cent today, with figures considerably lower in the major capitals.

Report author Louis Christopher acknowledged the figures would also have been impacted by a surge in panic listings in 2008 as the global financial crisis hit, while the current low listing numbers were in part due to protracted lockdowns in Melbourne and Sydney.

"We aren't saying this (stamp duty) is the whole reason, but this does seem to be a leading contributor," Mr Christopher said.

"There has definitely been a stamp duty bracket creep. We think that has increased the overall transfer cost, and we believe that would be a fairly significant disincentive to move house."

The research shows across the country that stamp duty now equates to 4.2 per cent of a homes price, up from 3.2 per cent in 2011.

20 Acland St, St Kilda, became one of the first Victorian homes subjected to a stamp duty hike for homes worth more than $2m after it was implemented in July this year.

With average incomes rising slower than median house prices, stamp duty as a percentage of average earnings has risen from 25.1 per cent to 34.3 per cent.

REIA president Adrian Kelly said there were a range of factors driving prices up and listing numbers down, including those nervous about being caught out by Covid-19 lockdowns.

Bt it is inescapable to buy a house in Sydney or Melbourne would now cost almost half an average worker's yearly income in tax.

He called for politicians to stop treating stamp duty and housing affordability as an election term issue and to outline a 20-year plan that would transcend changes in government.

"Tax on housing is one part of it, but freeing up land and planning is another," Mr Kelly said.

"The bracket creep for stamp duty is getting completely out of control."

Listing numbers are down, despite the number of homes built in Australia over the past decade soaring.

The report also shows that the number of properties in Australia has risen from 8.6 million in 2008 to 9.6 million in latest estimates, making the falling number of homes for sale even more remarkable.

Mr Christopher said he expected there would be a short-term rise in home listings as Melbourne and Sydney exited lockdowns, but that in the medium term homebuyers might find they have even less choice.

"We are at risk that over the medium term, listings could go even lower from here," Mr Christopher said.

"Unless we see a whole range of changes that are needed to address affordability."

Melbourne is home to the nation’s highest stamp duty costs.

Brisbanites pay less stamp duty than homebuyers in any other state.

About 5 per cent of Brisbane homes were on the market in 2008, but that number has fallen to 2.5 per cent today.

Houses for sale peaked at just over 3.5 per cent in 2011, while their numbers are now sitting just below 2 per cent.

Unit liquidity in the city reached more than 8 per cent in 2018, and is still above 6 per cent.

Mr Christopher noted that as the most affordable state in the country, and with a range of other benefits to it, Queensland could attract more buyers chasing a cheaper lifestyle as other states stamp duty and house prices continue to rise more rapidly.

Just 17 homes in every 100 are for sale in Adelaide today.

The South Australian capital's liquidity peaked at around 3.2 per cent in 2013, but is now at about 1.7 per cent. With houses tracking just below that level throughout the past eight year.

Tasmania's capital had 4.8 per cent of its homes available for sale in November 2012, and 1.1 per cent in August this year.

Buyers in NSW can now do the math on what makes the most sense to them.

Victoria's government seemingly backed stamp duty for the near future in its latest budget, increasing the impost for homes worth more than $2m.

The federal government also looked at including housing under the GST when the tax was implemented, but Mr Kelly said that idea was unlikely to win support today.

"But something has got to give," he said.

"All of the premiers have got to get their heads together and come up with something better than we have got now - particularly for the first-home buyers."

The report cites past research by Deloitte Access Economics that found scrapping the tax would lead to a 30 per cent increase in sales initially, and a 60 per cent surge over three years.

The federal government's Productivity Commission has also recommended a broadbased land tax based on unimproved land value paid annually, rather than the upfront tax burden.