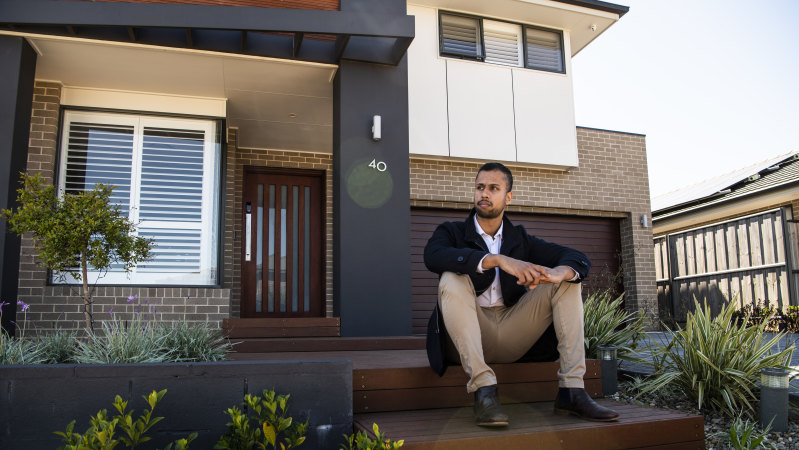 Sanjay Joseph had just bought a property in Sydney's North Kellyville when he received an email from what appeared to be his conveyancer asking him to transfer almost $100,000 to complete the purchase.

The email was branded with the correct company's details and showed the exact amount owed, so Mr Joseph thought nothing of it and transferred the money immediately.

However, in a phone conversation a few days later, it emerged no amount had been requested or received. The conveyancing system used by the seller had been hacked and Mr Joseph had been scammed.

The 32-year-old discovered the money had been sent to a UBank account. UBank is owned by the National Australia Bank. Alarmed, he marched into NAB’s branch in Sydney's Castle Hill branch asking for help.

"The lady at the front did a quick search but said that its policy is to not reveal any information about account holders," Mr Joseph said. "I asked her to just confirm if the account was still open or not."

After some back-and-forth, the NAB teller pulled up the account and said she was unable to see any identification documents, according to Mr Joseph. "She said this was bizarre as even for closed accounts normally, they would be able to view these details."

NAB maintains the account was opened with the customer information required by the regulator. Group investigations and fraud executive Chris Sheehan said the bank was “committed to preventing cybercrime and fraud".

"The nature and speed with which scams are emerging requires that we work closely with our customers to ensure that they do not unintentionally become victims of unscrupulous criminal enterprises," Mr Sheehan said.

"Education and prevention are a key aspect of our strategy. With NAB, UBank takes financial crime extremely seriously and works closely with regulators and law enforcement to help keep Australia's financial system safe."

Complying with anti-money laundering laws and protecting customers against scams are two costly and mounting tasks for the major banks. The Age and Sydney Morning Herald have previously revealed NAB is working on a mammoth internal project, dubbed Apollo, that involves examining millions of customer accounts to ensure identification details are up-to-date.

Those who have worked on the project claim NAB accounts are regularly found with customer details that have not been updated for more than two decades. Inaccurate ID documents mean accounts are incorrectly risk-rated, which prevents alerts from being triggered needed to file suspicious transaction reports to the regulator, which is then fed through to law enforcement.

NAB disclosed in June the regulator had escalated its investigation into the bank's anti-money laundering policies after finding "potential and serious non-compliance" with customer identification and ongoing customer due diligence. This warning signal followed major fines being handed to its rivals CBA and Westpac totalling $2 billion in recent years over breaches of AML laws.

CBA and ANZ chief executives told a parliamentary committee last month that financial crime was one of the most pressing challenges faced by the sector. “We’ve invested $1.2 billion, we have 2000 people in financial crime teams,” CBA chief Matt Comyn said. “Even after all of that, we are not satisfied with where we are and it’s a real area of focus.”

NAB's chief executive Ross McEwan told the same committee the bank was determined to meet its legal obligations to prevent financial crime, after heated questioning from Liberal MP Julian Simmonds, and pointed to the extensive work under Project Apollo.

However, NAB insiders say the technology is two decades old and its financial crime team must juggle a number of technology systems to do their jobs, including U-Banks. The bank's AML team is under pressure to work through mounting backlogs and many fear the stressed environment enables criminals to slip through the cracks. 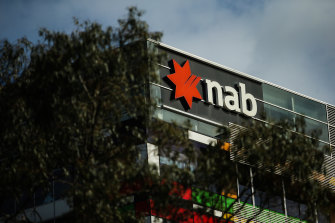 Mr Joseph was told by the NAB teller the money was gone and there was nothing more she could do. Out of desperation, he logged onto an online forum and pleaded for help. An anonymous user contacted him, claiming to work in NAB's financial crime team, and offered to look up the account.

"I didn't give this person any info other than the BSB and account number I transferred to and they were able to send me exact details of what was sent, when it was received, which proved the person was genuinely in the bank at NAB as no one else would have access to the info."

The NAB insider discovered the money had been distributed to other accounts with Westpac and neobank 86 400 and withdrawn from a series of Malaysian ATMs.

Mr Joseph hired cyber experts to trace the source of the hack. After determining it was not his computer systems that were compromised, he employed Selvaggio Lawyers who were able to ensure the full amount was recovered by insurers.

Despite receiving his money back in full, Mr Joseph lodged a formal complaint with the Australian Financial Complaints Authority to protest NAB's handling of his matter. This went nowhere, as did his appeal to the NSW Police.

Mr Joseph hopes that by sharing his story publicly. it will force the banks to take responsibility to prevent financial crime more seriously. "NAB may have the necessary processes but I think the enforcement of those processes isn't stringent enough."