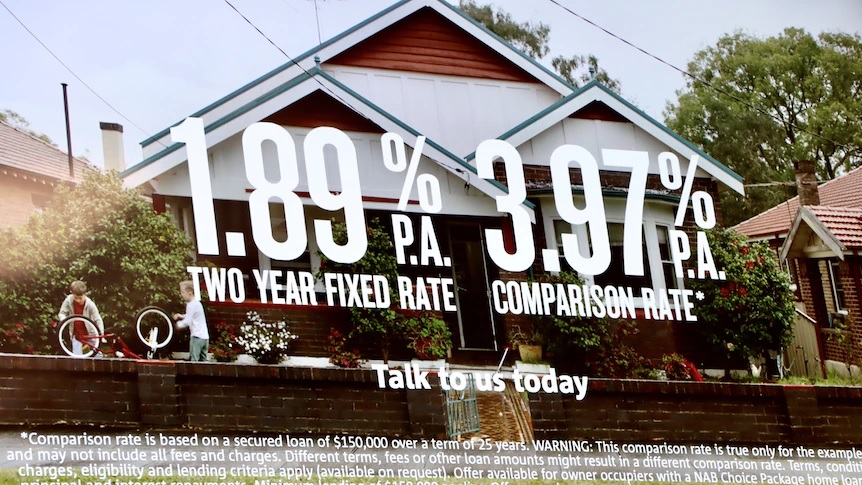 The banking regulator has announced tougher serviceability tests for home loans, which will make it harder for some borrowers to get a mortgage, on the same day the Reserve Bank of New Zealand starts lifting its benchmark interest rate.

In a letter to banks today, the Australian Prudential Regulation Authority (APRA) has increased the minimum interest rate buffer on home loan applications from 2.5 to 3 percentage points.

It estimates the increase will reduce "maximum borrowing capacity for the typical borrower by around 5 per cent".

It also says the move "will not have any impact on mortgage interest rates".

"All ADIs [authorised deposit taking institutions] should be operating with a buffer of at least 3 percentage points over the loan interest rate," the regulator warned in the letter.

"The buffer provides an important contingency for rises in interest rates over the life of the loan, as well as for any unforeseen changes in a borrower's income or expenses.

What does it mean?

This means that, from November, banks will have to test whether new borrowers can still afford their mortgage repayments if home loan interest rates rose to be 3 percentage points above their current rate.

In other words, if you applied for a mortgage with an interest rate of 2 per cent on November 1, the bank would be testing to see if you can afford to make repayments with a 5 per cent interest rate. If you could not, the loan application would be denied.

If they do not use this higher test, they will be financially penalised by having to hold more reserves against losses, which would reduce their profitability.

In practice, this means all regulated institutions will use the minimum 3 percentage-point buffer.

For home loan applicants, it means the maximum amount people can borrow relative to their income and expenses will be lower than it was under the old serviceability test of 2.5 per cent.

The Reserve Bank of New Zealand is the latest central bank to raise rates, lifting its benchmark from a record low 0.25 per cent to 0.5 per cent.

Its move comes on the back of rising inflation pressures and the nation's own housing boom, which has seen prices surge around 30 per cent over the past year, despite moves earlier this year to contain them.

In its post-meeting statement, the RBNZ's monetary policy committee warned "the level of house prices is currently unsustainable."

"Members noted that a number of factors are expected to constrain house prices over the medium term. These include a high rate of house building, slower population growth, changes to tax settings, and tighter bank lending rules," the statement continued.

"Members noted a risk that any continued near-term price growth could lead to sharper falls in house prices in the future."

Despite its ongoing COVID outbreak, New Zealand has now joined South Korea and Norway as the developed economies that have started moving interest rates away from pandemic lows.

APRA chairman Wayne Byres said the move was intended to head off building risks from a growing number of very large mortgages.

"While the banking system is well capitalised and lending standards overall have held up, increases in the share of heavily indebted borrowers, and leverage in the household sector more broadly, mean that medium-term risks to financial stability are building," he noted.

"More than one in five new loans approved in the June quarter were at more than six times the borrowers' income, and at an aggregate level the expectation is that housing credit growth will run ahead of household income growth in the period ahead."

At least one of the big banks has itself welcomed the move. "We believe that APRA's announcement to increase the serviceability floor is a sensible and appropriate step to help take some of the heat out of the housing market," the Commonwealth Bank's chief executive Matt Comyn said in a statement.

"Having increased our floor to 5.25 per cent in June we think this further step will provide additional comfort for borrowers and is a prudent measure for lenders."

Adrian Kelly, the president of the Real Estate Institute of Australia (REIA), said most borrowers do not take out loans at their maximum capacity so the changes should have a modest effect.

"REIA has always wanted responsible lending practices because the last thing we want to see in our industry is people biting off more than they can chew," he said.

"We would all like to see a return to a more balanced market with some longevity to it, and one way to return to that is by addressing supply which should kick in as lockdowns end and more properties come to the market."

Further restrictions 'may be necessary'

Many analysts had expected a move to tighten home loan requirements after recent comments from regulators and the Treasurer, but most did not expect the change to happen so quickly.

However, some say we can expect to see more tightening measures in the future.

"In the context of the current strength of the housing market this is a modest change," said ANZ's head of Australian economics, David Plank.

APRA agrees that "the overall impact on aggregate housing credit growth flowing from this is expected to be fairly modest."

RBC's Su-Lin Ong said APRA took its current approach because it was a tried and tested approach that was easier to implement than other alternatives, such as a limit on high debt-to-income loans.

"Our reading of today's APRA statement, coupled with our assessment of credit growth, particularly to key cohorts such as investors, suggests that further measures are likely should the lift in the buffer rate fail to temper credit growth," she warned.

"With an information paper covering other macropru options set to be released in a few months' time, we expect that APRA is currently hard at work on the logistics of implementing further measures."

CBA's boss agrees that further rules might be needed to reduce risks in the home loan market.

"We will implement the changes this month and expect that it may be necessary to consider additional steps as lockdowns end and consumer confidence increases," Mr Comyn added.

APRA said the rule change was necessary because there had been a significant increase in people borrowing very large amounts in recent months.

"Housing credit growth is increasingly being driven by lending to more marginal and highly indebted borrowers.

"In the June quarter 2021, for example, more than 20 per cent of ADIs' new lending was to borrowers that had borrowed more than six times their pre-tax income.

"This is high by both historical and international standards, and without action, the share is likely to increase further."

The increase in the interest rate buffer applies to all new borrowers, but APRA said the impact of a higher serviceability buffer is likely to be larger for investors than owner-occupiers.

It said this is because, on average, investors tend to borrow at higher levels of leverage and may have other existing debts (to which the buffer would also be applied).

It noted that first home buyers tend to be under-represented as a share of borrowers borrowing a high multiple of their income as they tend to be more constrained by the size of their deposit.