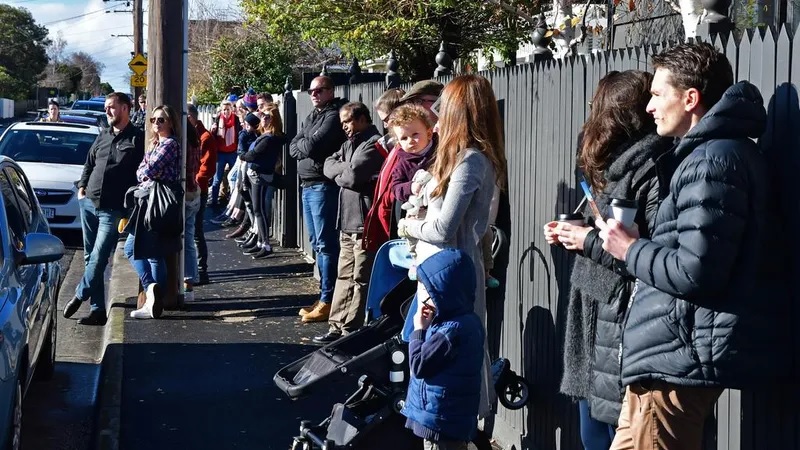 Regional property markets are booming... but it's both good and bad news for locals.

The COVID pandemic has had a significant impact on housing markets in regional Australia.

It's been well documented that the ability to work remotely has given people more choice in how they live, and many have made a sea or tree change as a result.

They've reassessed their lifestyle needs and wants, and sought out larger homes or more space in coastal and amenity rich regions.

With the pandemic keeping east coast capitals locked down for much of the latter half of 2021, and regional and interstate migration trending above long-run averages, price growth in regional areas has outpaced metro areas, with prices increasing at the fastest pace in at least two decades.

Through the pandemic, remote work ability and declining equitable access to housing have accelerated pre-existing trends which have seen Melbourne and Sydney declining in liveability.

Most net population outflows from all capital cities have been from Sydney and Melbourne..

Melbourne, the most locked down city in the world, experienced its largest net migration loss on record in 2020, while both regional New South Wales and regional Victoria recorded large net migration gains.

Both regional and metropolitan areas of sunny Queensland have also seen large net migration gains, experiencing an influx of people in the period to March 2021 that was more than double the decade average.

Again, it's no secret the impact of these inter-Greater Capital City Statistical Area (GCCSA) migration trends has been felt significantly across rental prices in the regions, as the availability of dwellings has dropped significantly since last year.

For example, rents have surged in regional NSW and Victoria, while largely remaining flat or declining in their inner-city counterparts.

Across the country, this rapid surge in rental prices has priced local tenants out of their own communities - and has been deemed a "crisis" by many, as vacancy rates in some regions fall below 1%.

The cost of renting a home has increased dramatically in some regions, leaving locals to struggle to compete against largely white collar sea and tree-changers on big city salaries.

In some suburbs in regional NSW and Victoria, median weekly rents have more than doubled year-on-year, pushing up prices by more than $500.

Rents in some regional Queensland suburbs have risen by more than 30% year-on-year, representing a more than $200 per week rent hike.

Regional suburbs where rents have surged

The South Australian town of Carrickalinga, south of Adelaide on the Fleurieu Peninsula, saw median weekly rents for houses rise more than 50% from October 2020.

With the international borders closed, and interstate borders in flux, there has been a surge in demand for local holiday spots.

In Western Australia's resource-rich Pilbara region, some suburbs have seen rents for units climbing almost 40% since October 2020, a more than $100 increase in weekly prices in some areas. Port Hedland is the largest global shipping hub for iron ore.

According to PropTrack data, we've never before seen such a surge in rental prices across regional Australia.

Taking a longer-term view, the agglomeration of human capital and increased movement to regional Australia may enrich economic development in the regions, fostering innovation and incentivising investment and infrastructure upgrades.

The opportunity to take some of the pressure off capital cities could spark a rethink of urban growth and planning with respect to the locality of our future population.

However, the sustainability of these shifting urban growth trends is clearly being called into question, with socioeconomic inequalities on the rise. As such, it has become hugely important to address the issues surrounding the sustainability of pandemic-induced growth in regional Australia.

The desire for a sea or tree change has perhaps never been stronger.

Relative affordability, alongside remote working, has been a major factor in the regional renaissance from the perspective of those leaving capital cities in favour of life in the regions.

But that’s no solace for locals battling rising house prices and rents. It's double-edged sword in many ways.

It's not good news for those who don't yet own a home, given saving for a deposit is even harder with both rents and house prices growing.

COVID has driven huge demand for properties in regional Australia.

The increase in house prices nationwide has outpaced wages growth by almost 13:1 since the pandemic began. In the regions it's almost 15:1. For those wanting to buy, saving for a deposit is getting ever harder.

The accessibility of housing in general and the shortage of housing stock in the regions stand out as two of the big issues here.

The good news is that maintaining supply of housing in the regions could be more easily achieved than in capital cities.

However, we're not sure if the policy debate has received the appropriate time and attention warranted for sustainable regional growth.

And that's not just with respect to housing, but also social, environmental and infrastructure resilience.