Will the exodus from cities to the regions continue? 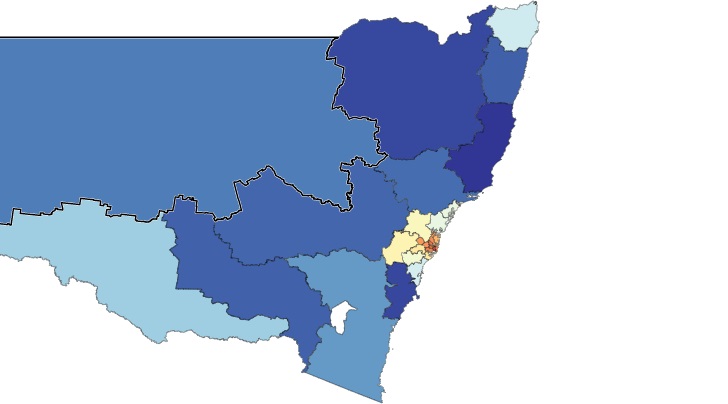 Will the exodus from cities to the regions continue?

For the better part of two years, the world has been in the grips of a once-in-a-generation crisis. But innovation is born of crises.

Covid-19 has left very few parts of daily life untouched, especially when it comes to accelerated structural shifts across the workplace.

A shift that played out very slowly over a decade was thrust upon us in a matter of weeks – remote working. It quickly became the ‘new normal’ for many.

And it could just be that Zoom has forever changed the way we work.

What kind of lasting change will Covid-19 force?

The pandemic so far has had a profound impact on work arrangements, lifestyle wants and housing needs in Australia.

Some have capitalised on the ability to work remotely and embraced the increased residential choice this brings. Many have left capital cities in favour of regional areas as a result.

Compared to capital cities, regional areas are more affordable. Buyers can get more bang for their buck. The natural amenities on offer are enticing. There's more space and a quieter pace to enjoy.

This hasn't been an insignificant trend. Last year, there was a net 43,000 people exiting capital cities in favour of the regions. That was the biggest net influx to the regions since Australian Bureau of Statistics records began in 2001.

Demand for real estate nationwide has been buoyed by near-zero real mortgage rates, but in commutable lifestyle hubs and the regions overall, it's a double whammy as 'city skippers' arrive in droves.

Demand is up in 'commutable' regions

Will the city exodus last?

Looking ahead, a large part of whether the increased demand for regional property continues is reliant on the future of flexible work.

Although far from conclusive, a multitude of survey data has shown that the majority of employees and employers - for whom remote work is viable - do expect some kind of flexible work to remain in place.

The experience with working from home during lockdowns went far better than expected. A model that many thought would be inefficient and impractical turned out to be the opposite.

Some will return to business as usual. Some will adopt to a new normal - a kind of hybrid approach combining at home and in office work.

Share of businesses with staff working from home by industry*

Hybrid working could indeed become the way of the future. Research shows for employers and employees alike, greater flexibility is now considered an essential condition of employment. According to one study, 35% of Australian employees expect to continue hybrid working as lockdowns lift . Another study indicated 75% of workers think their employers will support their future work from home plans.

For businesses, the pandemic presented seismic organisational change and opportunity to innovate. Many have already invested significant resources in remote work capability. Moving forward this enhances the expectations that workers will continue to work remotely at least part of the time.

Increased remote work capacity may also be the equitable option -in the US a higher proportion of Americans with a disability are employed now than pre-Covid.

Then there will be workers that will move jobs dependent on their preferences - employees who actively seek flexible arrangements will gravitate toward employers that offer it.

For a proportion of the workforce, going back to the office five days a week seems unlikely at this stage.

According to the Australian Productivity Commission, if all those who could work from home did so two days a week on average (one day for part timers), we would see the number of hours worked from home rise to around 13%. This represents a large increase in a short space of time.

Further, Global Workplace Analytics estimates the percentage of teleworkers in advanced economy workforces could hit 30% by the end of 2021, while McKinsey finds that workforces in advanced economies could see hours worked from home as high as 30%, with as many as one-in-four employees working remotely between three and five days per week.

It's safe to expect remote work to remain in some form for industries and occupations with the potential to do so.

If people commute less often, there can be a trade off against a longer journey when they do.

Given we expect hybrid work to be the dominant post-pandemic workplace arrangement for employees who can work from home, it is likely that commutable regions within 200km of the state capital CBD, roughly a one-to two-hour travel time, remain in high demand.

These regions allow for the "best of both worlds"- maintaining office connections with the perks of regional lifestyle and perhaps a better work-life balance.

In addition, well-connected regions with good infrastructure and service provisioning should remain popular. For example, Coffs Harbour doesn't fall into the commutable bracket, but maintains a link to cities further afield via a well-serviced airport.

The future beyond COVID-19

When thinking about the future of work, this encompasses a lot more than the post-COVID experience -particularly through the lens of housing, which is a long-life asset.

Taking a longer-term view, the pandemic has not just accelerated the shift toward remote work, but the pace of digital adoption and deployment of technology.

As this disruption gathers pace, so too do the structural shifts in labour markets that have been underway for some years.And the accelerated propagation of software, AI and automation will erode a multitude of jobs across a number of industries at an accelerated pace.

However, it's not all bad news. The World Economic Forum estimates the rise of machines and automation will eliminate 85 million jobs by 2025. But they also find that the overall rate of job creation will still surpass the rate of job destruction, with an additional. 97 million jobs created by 2025.

This alone highlights the ongoing transformation of the workplace beyond COVID.

With the accelerated adoption of technology transforming jobs and workplaces further, it becomes even more likely that a heightened level of flexibility in the way we work remains, which will continue to recalibrate housing markets as buyer demand shifts.

Even further ahead, Generation Z, or the Zoomers, are true digital natives. The ongoing growth of this cohort, the most online generation yet, in the labour market will continue to disrupt. Many jobs of the future have not even been created yet.

All up, these forces are likely to see flexible workplace arrangements remain in our post pandemic world. And if just a small percentage of the workforce were to take advantage of the ability to relocate, this would suggest that net migration out of capital cities and from interstate would remain above trend in the coming years.

But again, it's likely that we continue to see the regional urban growth areas gaining in popularity. Regional Australia encompasses a vast array of communities and lifestyles, but the regions likely to remain most popular are less remote, outer urban areas, as well as satellite cities and high amenity fringe commutable regions.

Think Wollongong, the coastal towns of the Illawarra region, Geelong, Newcastle and Lake Macquarie, the Gold and Sunshine coasts and Toowoomba, to name a few.

According to the Australian Government Centre for Population, models of inter-GCCSA migration show that flows between capital cities and the regions typically respond to changes in labour and housing market conditions. Clearly the pre-condition of changing labour conditions is met with a once in a lifetime crisis leaving an innovative legacy.

Affordability will be a major factor in where people buy.This is especially so as the pandemic has driven demand for larger homes and more space.

At present, the ratio of median house prices in capital cities is more than 1.5 times that of regional areas, adding a continued impetus to above trend net migration out of capital cities. Although, in some areas that affordability advantage is already being quickly compressed.

In general, southeast Queensland remains relatively affordable when compared to Sydney and Melbourne -and has been a popular destination for interstate movers, and one of the most popular regions for property seekers on realestate.com.au.

This is likely to remain the case post-COVID, as ongoing favorable housing market conditions in regional areas with attractive price differentials continue to attract people from capital cities.

The pandemic has ushered in a new era, and with structural workforce shifts and housing accessibility in play, it is probable that net regional and interstate migration remains above trend after easing to more average levels.

All of this said, the regions are not for everyone, and metro areas still remain the most popular residential choice, and home to the largest proportions of respective state populations.

But again, even if just a small percentage of the workforce were to capitalise on the ability to work flexibility, net migration would remain above trend as the gravitational pull of the CBD declines.

And what about prices?

So, while demand for well-connected, highly "liveable" and less remote regions with high lifestyle amenity is likely to remain intact, don't expect prices to continue growing at the same pace they have been.

Price growth across the market overall is set to slow markedly, and in fact has already begun to do so.

The benefit of lower mortgage rates is largely baked into higher prices - with the exception of existing owners.

Borrowing restrictions have shifted, and the economy is reopening, raising the potential that the marginal dollar is spent on travel or entertainment rather than housing, and the supply of properties for sale is increasing.

In turn, expectations of price growth are slipping and balance is slowly returning to a market that has been very one sided for quite some time.