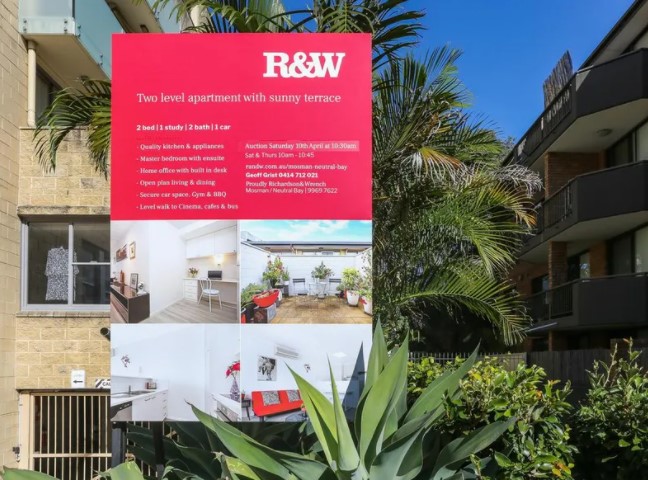 After an incredible year for property prices in Sydney, the latest figures show signs that the market could be slowing down.

Data from CoreLogic indicates there was a softening in the market in December as growth in Sydney was just 0.3 per cent.

The December figures were the softest monthly reading since October 2020.

Auctioneer Andrew Cooley at the sale of a property in Caringbah, Sydney in December.

“A surge in freshly advertised listings through December has been a key factor in taking some heat out of the Melbourne and Sydney housing markets, along with some demand headwinds caused by significant affordability constraints and negative interstate migration,” CoreLogic’s research director Tim Lawless said.

Other reasons for the slowing prices include the bigger deposit hurdle caused by higher housing prices and low income growth.

Outside Sydney, regional markets have seen housing values rise significantly. Both the Southern Highlands and Shoalhaven recorded a 37.7 per cent rise in home values in 2021 – the highest figure for a regional area in Australia. But CoreLogic indicated that regional markets may experience a drop in 2022.

It says regional markets with lifestyle appeal are likely to benefit on two key points: high demand as working from home policies become more normalized and demand for holiday homes in a world without easy international travel.

But as interest rates begin to bottom out and house prices start becoming out of reach, the regional markets may move into a downswing.

Across Australia analysis of the data shows that prestige homes are leading the slowdown. The most expensive properties were up 2.6 per cent in the December quarter compared with 3.7 per cent rise for the lower and middle end of the spectrum.

Cave Beach in Jervis Bay is a draw for people looking for an outdoor lifestyle in the Shoalhaven.

“We have seen this trend in previous growth cycles, where more expensive housing markets have shown greater levels of volatility,” Lawless said.

“Housing values tend to rise more through the upswing but record a larger decline through the down phase of the cycle.”