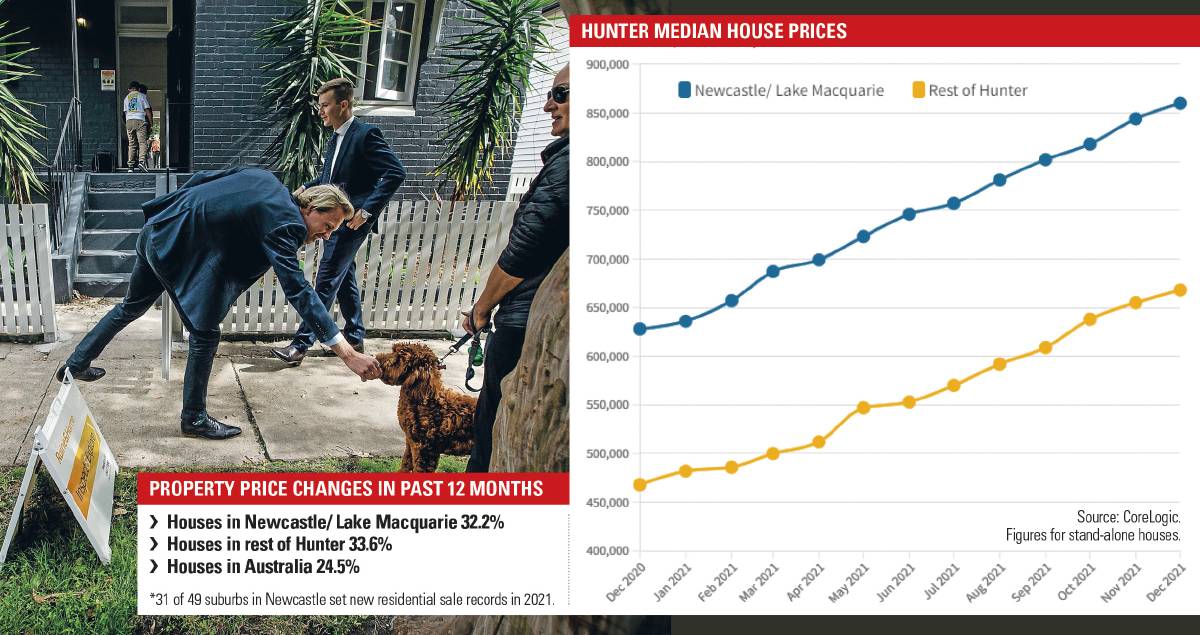 HOT PROPERTY: House prices surged in the Hunter in 2021.

Newcastle and Lake Macquarie's median house price has shot to $860,000 following one of the region's biggest years of price growth.

The Hunter Region was one of the nation's best performers in 2021, led by a 32.5 per cent annual rise for dwelling prices in the Hunter Valley.

Newcastle-Lake Macquarie has not recorded a higher annual growth rate since 1989, when properties in the region shot up by 35 per cent.

Last month saw a 1.7 per cent rise in house prices in the Newcastle and Lake Macquarie region.

These figures came amid a backdrop of decelerating price growth nationwide as house prices in Sydney, Perth and Darwin climbed by 0.4 per cent or less during the month.

"It doesn't really matter where you're looking across the broader Hunter region, values have risen across the coastal markets, across Newcastle proper and also across the more tree-change, hinterland areas.

"One of the trends that has supported this really strong growth has been the migration tailwind that are behind a lot of the regional markets in NSW.

"We're still seeing people looking towards areas that are commutable back to Sydney and offer some sort of a lifestyle advantage.

"It's probably no surprise when you put it that way that we saw a lot of these areas around the Newcastle and Lake Macquarie region showing such strong results."

By comparison, unit prices in Melbourne and Adelaide experienced less than nine per cent growth in that time.

"When you look at Sydney and Melbourne, the difference between house value growth and unit value growth has been much more significant," Mr Lawless said.

"Across a lot of the regional markets including the Newcastle and Hunter region, we have seen houses outperform apartments, but not to the same extent." 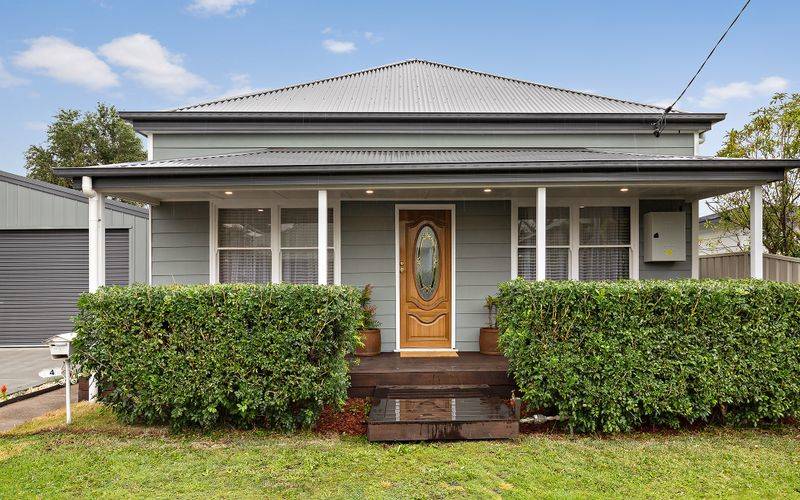 The Newcastle housing market looks as hot as ever heading into 2022.

A three-bedroom home at 4 Croydon Street, Mayfield sold for $1 million just before Christmas. Nineteen of Mayfield's 24 million-dollar sales came in 2021.

Another three-bedder at 14 Marton Street, Shortland sold for $935,000 on the same weekend, setting a new residential record for the suburb.

"I think going into [2022] it probably will continue, although we're not expecting value growth to be anywhere near as strong as it was last year," Mr Lawless said.

"It's not due to any lack of demand - I think this is more about affordability constraints starting to become a little more pressing after such a spectacular run of growth."