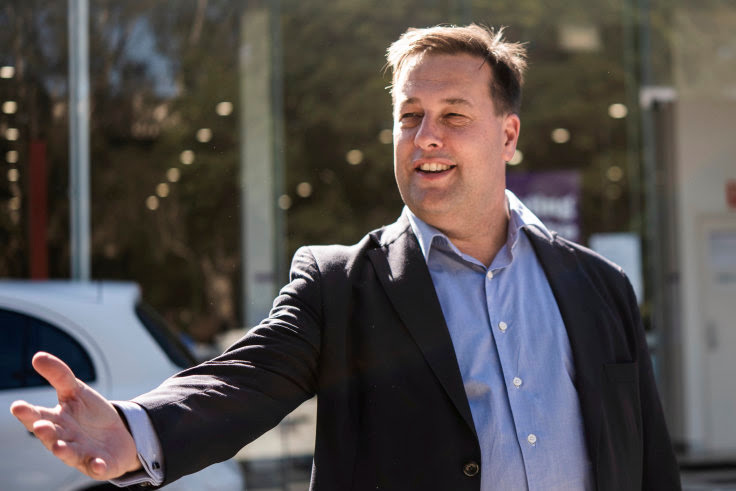 Liberal MP Jason Falinski, left: “One of the most destructive things going on at the moment is how much uncertainty there is from local government administration including charges.”

Planning restrictions and developer levies imposed by state and local governments that push up the cost of new homes have drawn criticism from the chair of a federal inquiry into housing affordability as he defended the role of investors in the property market.

Liberal MP Jason Falinski said some of the biggest factors pricing young and low-income people out of the Sydney and Melbourne housing markets pre-dated the coronavirus pandemic and tended to relate to supply rather than high demand.

Evidence was provided to the inquiry, chaired by Mr Falinski and due to report next month, that both planning and zoning restrictions and charges added tens to hundreds of thousands of dollars to the cost of an average new property, and that investors were increasing the demand for housing.

In an interview with The Sydney Morning Herald and The Age, Mr Falinski noted that investors provided critical rental accommodation and instead focused on the onerous and expensive planning systems in some states.

“One of the most destructive things going on at the moment is how much uncertainty there is from local government administration including charges,” Mr Falinski said. “First-home buyers buying houses [tend to be] buying new land and home packages. On average in NSW, state and local government charges represent [about half] of the cost.”

Developer contributions cost up to $85,000 per new dwelling in NSW, up to $77,000 in Victoria and up to $42,000 in Queensland, National Housing Finance and Investment Corp analysis shows.

“At the moment one of the biggest problems for first-home buyers is probably the deposit ... and that’s probably a focus all levels of government should look at,” he said.

But as the inquiry’s report is not yet finalised, Mr Falinski was unable to say what his committee would recommend.

The member for Mackellar in northern Sydney has previously supported letting first-home buyers dip into their superannuation for a home. Any assistance to first-home buyers could also potentially include an expansion of existing home loan deposit schemes, which help buyers get onto the ladder with a deposit of 5 per cent with a government guarantee.

While it is also unclear what the committee may propose for the planning system, Mr Falinski said evidence presented during public hearings and submissions showed there were significant problems that needed to be addressed.

“In particular in NSW, which is at the epicentre of this challenge, builders are buying blocks of land to put housing on and then are finding local governments turn around and charge in some cases 10 times more than they thought they would get charged,” he said, referring to evidence presented by the National Housing Finance and Investment Corp. “It’s for infrastructure and preliminary research shows it doesn’t actually all get spent on infrastructure.”

A 2020 paper for the Reserve Bank showed planning restrictions and zoning raised the cost of an average apartment by 68 per cent or $355,000 in Sydney, 20 per cent in Melbourne and 2 per cent in Brisbane.

Basically if you’re trying to buy an apartment in Sydney, planning represents 68 per cent, tax concessions represent 4 per cent. Why have we been focusing on the 4 per cent issue, not the 68 per cent?”

Mr Falinski said places such as Texas in the United States seemed to have cracked planning difficulties by allowing more rezoning flexibility so developers could quickly turn a property from residential to commercial or vice versa.

Another concern raised in submissions to the inquiry was the role of investors in pushing up housing demand. Several experts have recommended the federal government re-consider investor tax breaks such as negative gearing as part of its push towards housing affordability.

But Mr Falinski said there had been a lack of investors during the pandemic, contributing towards unaffordable rentals.

“The rental situation is more complex than people appreciate. A lot of people are talking about how rents are going up and that’s true, but they’re also going up because they went down by 20 per cent [during the pandemic],” he said. “I think we’re getting back to where we were but investors exited the market about two years ago [when the pandemic hit] and ... now we have record low vacancy rates.”

NSW Premier Dominic Perrottet recently said authorities should put “everything on the table” to tackle housing affordability. Replacing stamp duty with a land tax to stop first-home buyers being priced out of the market was a flagship policy of Mr Perrottet when he was treasurer.

“First-home buyers and upsizers may be surprised to learn that only one of 35 local councils in Greater Sydney are on track to meet their own housing targets,” he said. “There needs to be greater accountability and the offer of support or intervention from the state government if consent authorities cannot meet demand.”

He said approval times were also a problem, with a typical block of apartments taking 200 days to get the nod in NSW and 100 days in Queensland and Victoria.

“With house prices set to remain the barbecue conversation this year, there is a once-in-a-generation opportunity for the state government to reset our planning system,” he said.