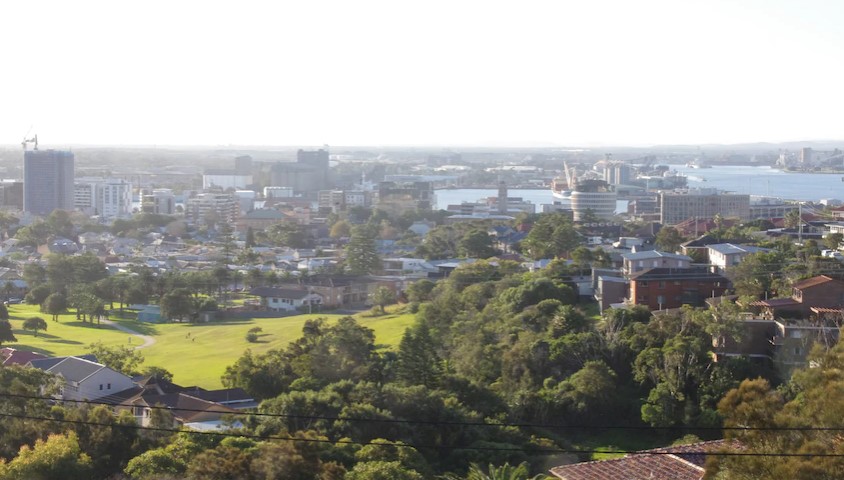 Total land values have soared in the Hunter and Central Coast region.

In the year she has spent trying to secure a family home in Newcastle, Sally has missed out on multiple auctions and offers.

"It's a really tough time to enter the market.

"It's just making the disparity of wealth wider and wider among families."

Martin Jackson has been searching for land in the Hunter Valley for two years to set up a cellar door to showcase his wines, which are made from honey.

"It's disappointing that there's not much on offer for less than a million dollars," he said.

"The prices two years ago were reasonable … I've noticed, probably in the last six months, there's been a massive surge.

"It's not looking good." Martin Jackson has been searching for land in the Hunter Valley for two years to set up a cellar door to showcase his wines.

Selena McMullen, senior project officer for the Valuer General's office, says land values are based on the analysis of property sales.

"Statewide, the increases have been driven by COVID and the trend to working from home, which has allowed purchasers to look at some lifestyle changes, whether it be a green change or a tree change or a sea change," she said.

The Hunter Coast saw the largest increase to total land values, including residential, compared to other NSW regions.

The previous year's rise for the Hunter Coast was just more two per cent.

Across the state, residential land values increased by almost 25 per cent compared to about four per cent the previous year.

Pockets of regional NSW saw much larger rises, including Kiama and Byron Bay, which increased by more than 50 per cent. The largest increases in residential values occurred in the Hunter Central Coast region, where overall values rose by 38 per cent.

Will this affect your rates?

Revenue NSW will use the land values to help calculate the 2022 land tax with assessments averaged out over a three-year period.

Ms McMullen said this set of values would not be used for council rates and stressed that any increase would be determined by a rate peg set by the Independent Pricing and Regulatory Tribunal.

"Landowners don't need to worry about these land values impacting on their rates," she said.

Other land value types, including commercial, have also increased.

For the Hunter Coast, values increased by more than 29 per cent, slightly behind Sydney's west, which saw the largest jump of more than 30 per cent.

Rod Dever, president of the Gosford Chamber of Commerce on the Central Coast, said the region was attractive to business owners because of its proximity to Sydney.

"If you look at it over a five-year time period, then I think it's a great thing," he said.

"It's attracting new business, it's attracting business growth, it's increasing the valuation and the importance of the Central Coast as a commercial and business space."