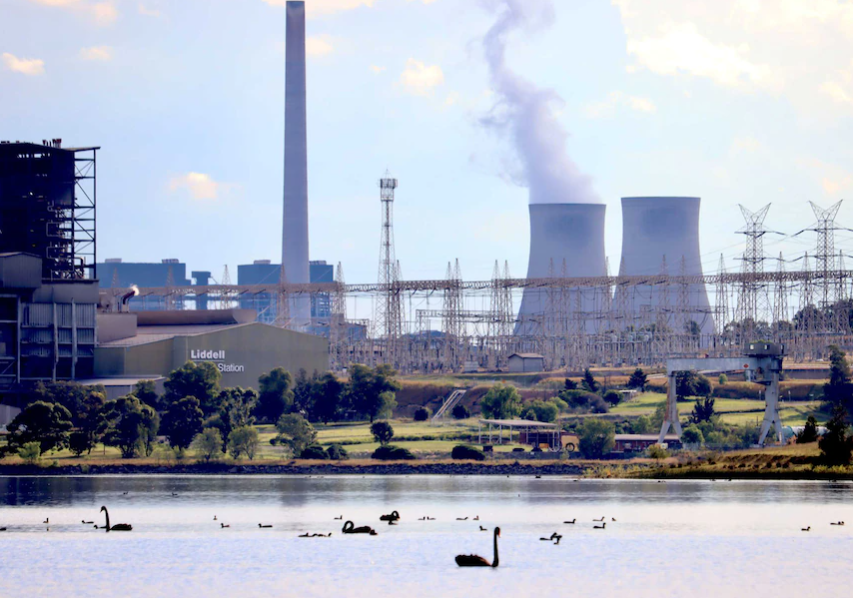 The Liddell coal-fired power station is set to close in 2023.

A renewable solar-hydro energy plant to be built on the Liddell coal-fired power station site in the NSW Upper Hunter is being hailed as an investment in economic opportunity and livability in the region.

AGL, which operates the soon-to-close Liddell site, has engaged Australian energy firm RayGen to develop the new plant, which will harness mirror-style, solar-charging technologies to store energy in water reservoirs.

The plant will run in conjunction with a battery storage facility, which AGL also intends to build on the Liddell site.

"It's a great utilization of existing strengths in terms of the proposal to use the transmission networks that the Hunter has," Joe James from the Hunter Joint Organization said.

"It's [also] a great market signal in terms of investment and reallocation of old industrial sites for new uses."

AGL and RayGen are building a $27 million plant in Carwarp, in north-western Victoria, using the same technologies that will be used for the Hunter plant. A concept rendering of the solar-hydro plants being created in regional Victoria and the NSW Upper Hunter.

"So our new approach to solar is we have a field of mirrors that focusses sunlight onto a tower," RayGen's head of business development, Will Mosley, said.

The towers, which are about the height of football-stadium lights, are covered in solar panels that are about 2,000 times more powerful than regular household panels.

"[The storage] relies on the heat that we capture from the rear of the panels as a by-product … and we actually store that energy as a temperature difference between two water reservoirs," Mr Mosley said.

The water in one reservoir is heated up to about 90 degrees, while the other sits at close to zero degrees, creating what is known as a "thermal gradient".

The water is then used to produce energy through a turbine.

"The difference is instead of boiling water, we boil a very small amount of ammonia, which spins the turbine, but we keep the ammonia and recapture it and condense it back to a liquid using the cold water storage," Mr Mosley said.

The planned 2023 closure of the Liddell power station has led the federal government to commit to building a taxpayer-funded, gas-fired power station in nearby Kurri Kurri, due to concerns about power shortfalls across New South Wales. The site in Kurri Kurri of a proposed new gas-fired power station. It was previously the location of an aluminum smelter.

Federal MP for the Hunter Joel Fitzgibbon says that the AGL-RayGen project is an example of how the Hunter region, which is known for its coal-mining roots, is working towards embracing renewables.

"This is what we've been working towards for when Liddell comes out of the system," he said.

"We want to ensure that we replace its capacity with locally produced renewable energy."

Mr Fitzgibbon notes that it will not be able to replace the need for the Kurri Kurri Gas plant.

"The important thing to understand is that the grid simply can't take more renewable energy unless we have sufficient firming power in the grid," he said.

"So as Liddell comes out, we need to replace that synchronous power with something new, and we'll do so both with the Kurri plant and the other gas plant being built in the Illawarra.

"Both of which will be built to run on hydrogen when that fuel source is available."