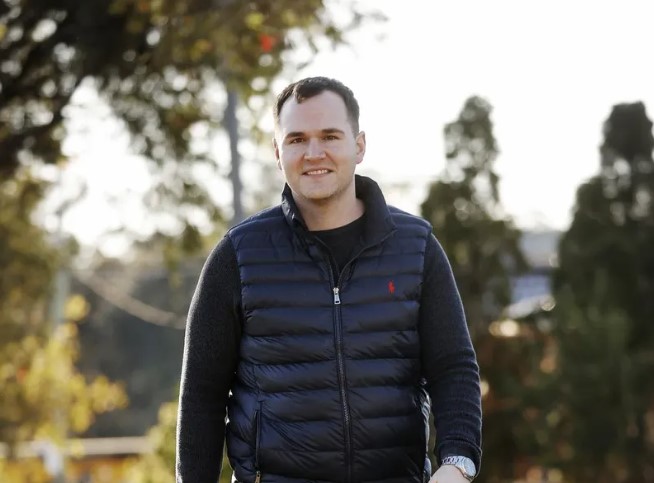 A Sydney-based real estate investor who owns 42 homes and has set his sights on acquiring 1000 properties has revealed that he doubts he and other investors have had a marked impact in driving up home prices.

Eddie Dilleen has been one of the country’s most prolific purchasers in recent years, snapping up more than 20 properties in the past two years alone.

He started his investment journey while working at McDonald’s as a low-income earner and has bought most of his properties through a system of leverage.

This involved drawing equity out of previous purchases through refinancing agreements to fund the upfront costs of additional property buys.

It’s an approach that has attracted controversy as investors armed with refinancing credit account for a large share of housing demand and often compete for the same housing as first-time homebuyers.

Mr Dilleen and other investors with large property portfolios have attracted occasional criticism on social media, with some accusing them of stockpiling properties that could have been bought by first homebuyers.

Other social media users have claimed that investors with large property portfolios were the symptom of problems in the banking system.

But Mr Dilleen, who said it was his goal to own 1000 homes, explained that the housing market “needs” people like him.

“The government can’t supply housing for everyone. It’s physically impossible,” he said, adding that investors helped supply the country with vital rental housing.

He also brushed off claims he was depriving first homebuyers of opportunities to get into the market by pointing out that first-time purchasers received much more support than he did.

“Investors don’t get stamp duty exemptions like first homebuyers do. I have to pay stamp duty for every place I buy,” Mr Dilleen said.

“People who say it’s investors’ fault prices are going up, I think they’re looking for someone to blame. It’s a victim mentality. If things are hard it must be someone else’s fault.

“It’s human nature. It’s easier to complain than to do something about it. Pointing the finger at someone else is easier than doing something to improve your situation. The way I see it, you can complain or you can do something.”

Mr Dilleen said he understood this “victim” mentality first hand as he grew up in a housing commission property in Wilmot, near Mount Druitt in Western Sydney.

“I came from a family who were broke. No one in my family owned an investment property,” he said. “I decided to do something different.”

Mr Dilleen’s 42 properties are spread across much of NSW and Queensland. He said a further three property purchases are in the pipeline, which will mean his portfolio will grow to 45 properties soon.

“I don’t think I will ever stop. I will have 1000 properties. It’s a healthy addiction. It’s like doing the next thing when you hit some milestone. You go after the next one and the next one. I want to overtake everyone.”

Mr Dilleen said investors were a scapegoat for rising prices.

Mr Dilleen, now a buyer’s agent, said he has been able to purchase so many properties by going after loans with third-tier lenders and by focusing on properties with high rents relative to his mortgage costs. This has allowed banks to continue issuing him new loans.

His has also formed strong relationships with real estate agents, which help him to learn of deals where the properties may be selling for prices under the market value.

Mr Dilleen said anyone would be able to follow this strategy if they were not scared of taking on large debts and were prepared to rein in their spending and work hard.

My Housing Market economist Andrew Wilson said there was merit in the argument that property investors provided much needed rental housing.

He said a drop in investor activity over recent years was part of the reason much of the country had a rental crisis.

Speculative purchasing from investors was also a significant driver of home price rises in some markets, but it was hard to quantify how much investors had contributed to the increases, Mr Wilson said.